The Official Merchant Services Blog begins our second year of blogging with a look at one of our favorite topics: E-Commerce.

2011 saw huge gains for online shopping. As reported in The Official Merchant Services Blog on Cyber Monday, online shopping was strong on Black Friday. IBM research unit Coremetrics stated that 20% more consumers shopped online Black Friday 2011 than did in 2010. The data collected also states that 39% more online shopping happened on Thanksgiving Day 2011. The ease of online shopping is infiltrating the traditional brick-and-mortar retail event and Host Merchant Services‘ analysis of it held true –– sales numbers across the board rose from 2010, so overall Black Friday had a boost for retail, but clicks from e-commerce continue to grow and cut into the sales from bricks.

Also, mobile payments saw a huge increase during the holiday shopping season. According to this article from Seeking Alpha, mobile payments business increased 500% from 2010 on Black Friday. According to the article, PayPal mobile reported the huge increase, coming in at 511% to be exact. PayPal Mobile also noted that there was a 350% increase in mobile shopping on Thanksgiving 2011 when compared to 2010.

The Numbers Keep Coming In

This article by Internet Retailer demonstrates that Black Friday was just the beginning. There were more than 3,000 transactions totaling $141.6 billion in 2011 in the marketing, media, technology and service industries according to data collected by investment banking firm Petsky Prunier LLC. Of those transactions the E-Commerce and digital media segment was the most active, with 1,159 deals valued at more than $44 billion.

Is There A Bubble?

This article from moneycontrol.com asks the question, “Will the E-Commerce Bubble Burst?”

Comparing the recent success to the success of internet companies in 2000 and 2001, the article tries to figure out if the bubble will burst like it did back then for tech companies. The author’s opinion is that the similarities are only on the surface, and that the two situations are vastly different — suggesting that in the end, it’s not a bubble that is going to burst but rather an industry that is going to grow and evolve. The article looks specifically at the E-Commerce sector in India, but does spend time detailing the big picture globally.

To really underscore the potential growth that E-Commerce has in 2012, this article from Daily Deal Media talks about how popular online shopping is becoming with moms. The article cites a BabyCenter survey which suggests that: “71% of moms regularly turn to websites such as shopping engines and review sites to compare prices. Another 56% admit to searching for coupons or digital discount opportunities on a regular basis.”

This is a compelling point in regards to the overall picture of E-Commerce. It has become more and more commonplace in everyday life for shoppers around the world. Mothers are turning to it for the convenience of being able to get shopping done quickly and efficiently, according to the article. And it is just become an ingrained part of our economy, fueling the potential for further growth. 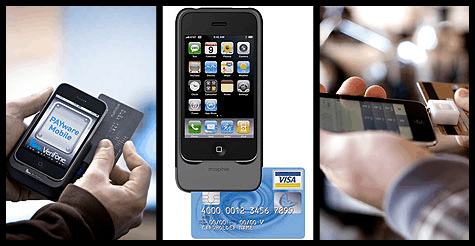 The potential growth for Mobile Payments is huge. But the one thing holding it back in the U.S. is security. Just as online shopping has become more and more commonplace, people have gotten comfortable with making payments online. That brings risk, as phishing scams and credit card fraud has increased. But security standards like the PCI DSS have helped to make the mainstream comfortable with clicking the pay button and giving out their payment information.

Mobile Payments, however, are not quite there yet in terms of acceptance. This article from the Chicago Tribune discusses the looming security issues that the mobile payments market faces. As the article states: “While the first mobile virus dates back to June 2004, risks from hackers remained limited because of the relatively small size of the market. But this has changed with the surge in the smartphone segment, which this year outgrew the PC market, and the new dominance of Google’s Android software. The emergence of mobile payments, which allows shoppers to swipe their phones at a cash register, is whetting the interest of hackers and data thieves.”

The article states that fewer than 5% of smartphone users have security software installed on their device, according to Juniper Research — the same Juniper Research that predicts Mobile Payments will increase to a $670 billion industry by 2015. And a study by Deloitte cited in the article suggests that for companies in the technology, media and telecom sector expect data stored on staff mobile devices to be their biggest security headache in 2012.

Essentially that’s the biggest obstacle holding back the Mobile Payments industry. The sheer convenience the technology brings to the payment industry is extremely powerful and so despite security concerns it continues to be developed and pushed. 2012 will see growth in the industry, despite the security issues. And as consumers get more and more familiar and comfortable with the phone swipe style of payment, the industry will boom.

And just for fun, here’s a list from Mashable.com detailing who they think were the biggest winners and losers from 2011 in E-Commerce.