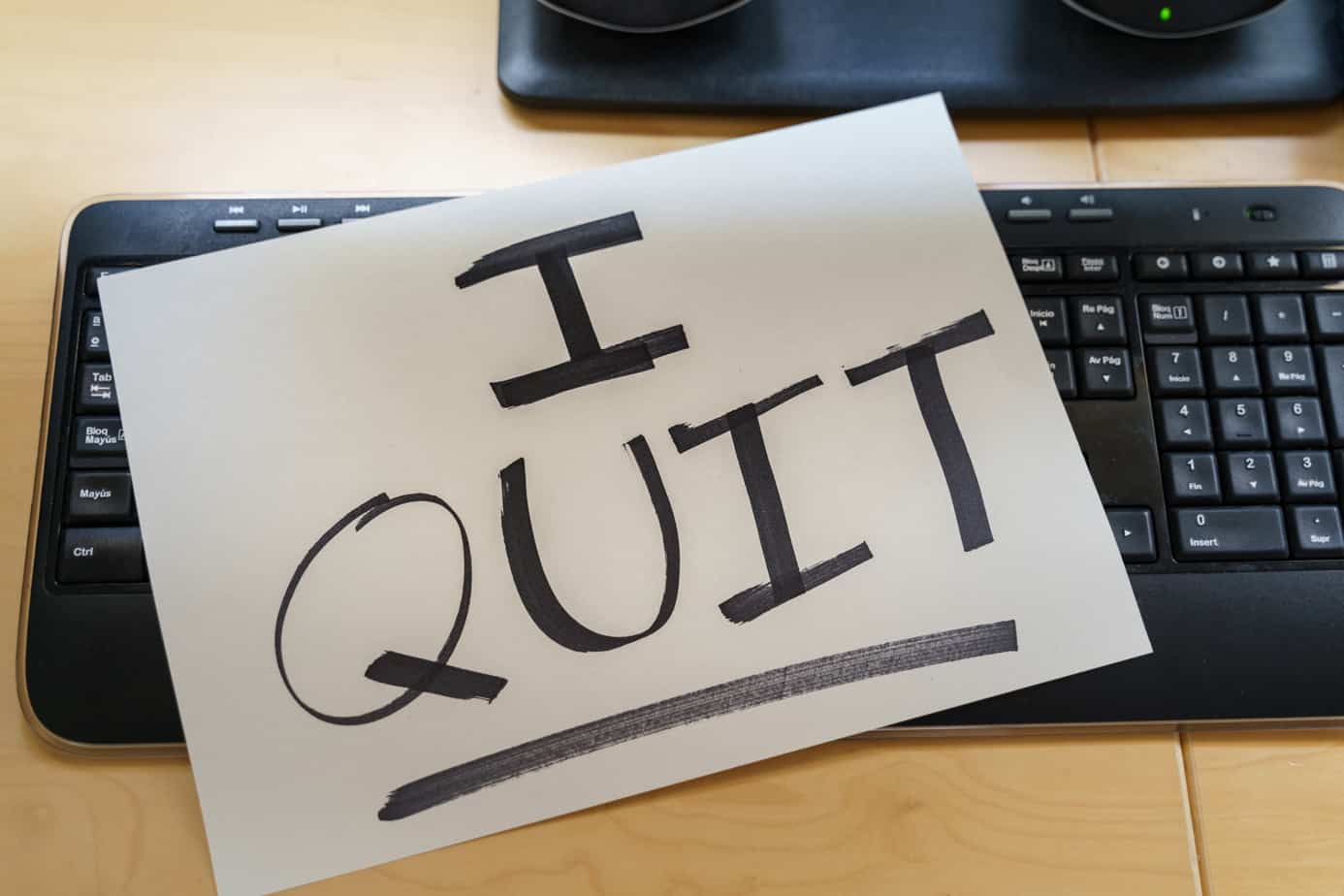 Everything About the Great Resignation

As of August 2021, 4.27 million U.S. employees resigned from their jobs. This trend began in April 2021 when 3.99 million Americans quit their jobs and continued till August. What’s with the sudden fad?

Times of unrest often have a distorting effect on society. Amongst many other effects, the pandemic led to many employees leaving their jobs. For instance, a LinkedIn survey showed that 74% of people sought other employment because the pandemic kept them stuck at home.

On the other hand, it was a period of renewed focus for some as they realized their current jobs didn’t offer fulfillment. Hence, they took another career path. Let’s see what the Great Resignation is all about.

What is the Great Resignation?

The pandemic changed the world – quarantines, shut down, restrictions on movement as well as access to goods and services. Many businesses, across sectors, especially the retail sector, were forced to lay off some employees because they probably weren’t meeting up financially.

Also, across many sectors, remote work was initiated and popularized. But more significantly, it was a time of introspection for many – they had to look into their career path and what gives them fulfillment. As such, a lot of employees realized that they had not been doing their “dream job” all this while. They seemed to realize how unsatisfied they were with many things about their jobs ranging from the industry to their work environment to their work-life balance.

It was around this time that Anthony Klotz, an elite scholar of Management (associate professor at Texas A&M University) predicted and coined the term the Great Resignation. According to him, many employees were likely to quit jobs and careers that they were no longer happy with.

In a Bloomberg article he states, “The Great Resignation is coming. When there’s uncertainty, people tend to stay put, so there are pent-up resignations that didn’t happen over the past year.” And, Klotz’s prediction eventually appeared to be true.

The Great Resignation is beyond a mere idealistic phenomenon, but different statistics back it up, for example:

From surveys and researchers, a lot of factors have contributed to the Great Resignation across different industries and in diverse regions. The effect, however, was more profound on some industries like healthcare and retail. According to the U.S. Bureau of Labor Statistics, the majority of resignations were recorded in the following industries: hospitality, leisure, and food services.

For health workers, they found themselves under extreme pressure (even their lives were at risk) and a lot of them couldn’t cope. Consequently, 579,000 health workers resigned from their jobs in August 2021. For Galinsky, a social psychologist at Columbia Business School, the health care employees needed no further explanation to leave their jobs.

He said “I think a lot of people are just like, ‘I can’t take it anymore, it’s too stressful to be in this healthcare system.”

In the retail industry, many had to work for lesser hours and this perhaps meant less pay, some were even laid off completely. This was truly a revelatory period for many of the employees in this sector as they realized that their job offered little or no security.

Another major sector where people left was the professional services and business services and many factors triggered the Great Resignation in that sector. The Bureau of Labor Statistics indicated that 706,000 employees resigned just in August 2021. Some professionals and business people may have needed a balance in their work-life, some, better employment and for others, probably lacked fulfillment.

According to research led by Ian Cook, VP of people analytics at Visier, the Great Resignation was more among the younger generation, age range between 30 – 45 years. Resignation, according to Cook, increased by 20% among mid-career employees between 2020 and 2021. Cook and his team suggest that this was a result of the notable shift to remote work during the Covid-19 period.

Perhaps the younger generation needed to embrace the new work trend they discovered as a result of the pandemic, which was characterized by digital employment. The older employees could continue with the traditional way; the 9-5 office work.

Many people praise remote work for offering convenience, and the ability to work at one’s pace and time. In addition, the stress of trying to catch up with traffic at peak commute hours can be circumvented.

According to Cook’s analysis, another reason could be that these employees from the beginning of the pandemic, could have been uncertain about the future. As such, the pandemic only confirmed their fears and forced them to resign.

Possibly, this was also a mere coincidence, people just reevaluating their work and life goals. It may be nothing close to these assumptions, rather a mere co-occurrence.

Cook’s analysis also found that Resignations are highest in tech and healthcare. In those industries, an increase in demand may have put the employees under a lot of stress, as a result, those who couldn’t cope left.

Galinsky thinks this increase in demand, especially in the tech industry, was fueled by the shift to remote work. As people began to realize they could do so much from the comfort of their homes using their gadgets, the demand for tech products increased.

The Great Resignation is a factual phenomenon as statistics have shown. It may be an indication, however, that the employers of labor have some more work to do to keep their employees in times of societal upheavals. Basically, jobs should provide a degree of security for employees, and employers should work on strengthening work conditions to make them favorable.

They could make opportunities available for workers for the advancement of their careers, give better rewards, support work on fixed terms, and stress reduction. Employers will most likely work under conditions that offer more advantages than disadvantages.