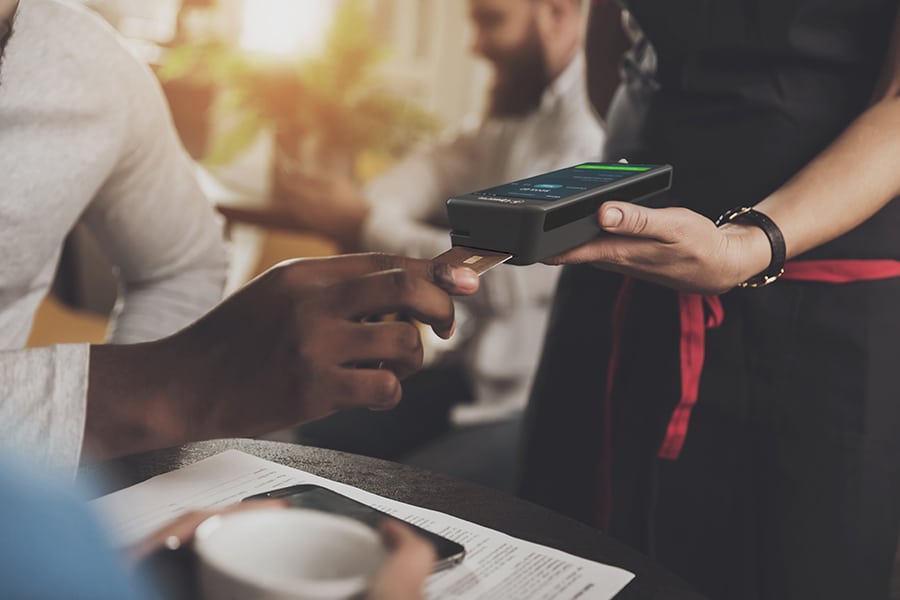 The growth of online orders has led to more sales for many restaurant owners. Online transactions helped many businesses to survive in the middle of the pandemic. When dining restrictions were enforced, many restaurants turned to third-party apps or built their own websites to generate orders online.

While online orders meant more sales, it came with an unprecedented problem for the food industry. The rise in online orders came with a rise in chargebacks. Between 2016-2017, chargebacks grew by 179%. Restaurants already operate on a tight profit margin and these chargebacks can bring serious harm to their business.

An extreme example of this is a Los Angeles restaurant called Spoon by H. Their customers were disheartened to hear that they were closing their business. The reason behind their demise was surprising to hear for everyone. They said that they had to close their business due to a high number of chargebacks.

They just didn’t have the resources to fight so many claims. The chargeback claims became more and more frequent and it became a routine activity for them to fight these claims. It became next to impossible for them to operate their business under those conditions. Eventually, they had to call it quits.

What happened to Spoon by H is an extreme example for sure. But it goes to show how easily these chargebacks and fraudulent claims can cause the demise of your business. All restaurant owners need to be ready to fight against it.

Why is This Happening?

Before the rise of online orders, restaurants didn’t really have to deal with chargebacks. The employees of the restaurant usually had a chance to solve customer issues before they made a transaction. In the worst-case scenario, they would have to compensate for the customer’s meal. But no transaction would take place and so there was no chance of any chargebacks to happen.

But since the way of doing business has changed and online orders became popular, the scenario is completely changed now. New threats have arrived with this rise of online orders that have not been seen before in this particular industry.

With options like BOPUS (Buy Online, Pick Up in Store) ordering, customers make the payment online via their credit card or other payment methods. And then they go on to pick up the order from the restaurant. They don’t have any direct transactions with the restaurant. The transaction happened online and that leaves room for the customers to initiate a chargeback.

BOPUS was a great way for saving food vendors from going out of business during the pandemic. It also gave customers a safer and quicker option of getting their food. But even now, as the restrictions on dining are no longer in place, those options are still available to customers.

Even restaurants that don’t generally get customer complaints are now busy fighting chargebacks. It’s so common that there is a term for it. These activities are called “Dine and Dash”.

Friendly fraud accounts for about 60-80% of the chargebacks that restaurants are facing. But why are so many chargebacks happening? Because it is easy for the customer to do so. They are dealing with a faceless screen and it is much easier to deal with a phone screen than real people. If the same customers were to dine in a restaurant, they would be surrounded by the employees of the restaurant. It would be evident that their decisions have a real impact on people. Also, they won’t make ridiculous claims in an open environment that they can from their phone.

The other reason behind such a high number of chargebacks is that these claims are easy to make. Customers can claim that the wrong person picked their food, they delivered it to the wrong address, the package was damaged on the way, and so on. These claims will be hard for the restaurants to fight and falsify. Because in most cases, the delivery guys aren’t even employees of the restaurant.

The monetary losses are obviously the biggest downside of chargebacks. Restaurants lose up to twice the original transaction amount if they are hit with a chargeback. There is always the threat of being kicked off by your payment processor as well. Payment processors tend to consider businesses that have more than 1% chargebacks to be high risk. So, a high number of chargebacks can also cause your account to be closed and stop you from doing business online altogether.

How Do Restaurant Owners Fight This?

Since most of the friendly fraud claims are difficult to prove wrong, the fight won’t be easy. It is genuinely hard to differentiate between fraudulent and legitimate claims because many parties are now involved in the transaction and order delivery. But the fight needs to happen on two fronts. First, the number of chargeback claims has to be kept to a minimum, and secondly, you need to be prepared to fight the claims that are occurring.

To keep the fraudulent chargebacks at a minimum, you can use great tools to spot these claims. There are a lot of anti-fraud tools that will screen and reject suspicious transactions that seem to be fraudulent. If you figure out a pattern that the fraudsters are following, you can put them under suspicious activity and prevent the transactions from happening in the first place.

A lot of fraudulent claims are made under options like the food was delivered to the wrong address or person. You can make it mandatory for the customers to show you their ID when they are receiving their delivery or picking up their order from the store.

If you take these steps, the number of claims will drop by a great extent. However, fraudsters will always find innovative ways to challenge you. If you find that a decent number of claims are still making their way through, you have to think of dedicating more resources to fight this problem. Designating a Chargeback Represent Team whose purpose will be to detect and fight these fraud claims can be an idea worth considering for you.

In the end, you may have to accept that this is a new consideration for doing business. These new channels come with their own set of challenges, and chargebacks are one of the biggest issues restaurants face. We will have to be quick to adapt to these changes and put security measures in place. The tips shared will help you to keep the fraudulent claims to a minimum.