The United States is one of about a dozen countries without a mandatory national identification document; for this reason, driver’s licenses, state ID cards, passports, and even social security numbers have served as alternatives to a federal identification system that both conservatives and liberals cannot seem to agree on. Starting in October 2020, the Real ID Act will come into full effect, and this digital coordination of personal information currently managed at a state level will be the closest Americans will get to national ID card, at least for the time being. 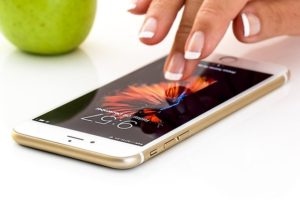 In Colorado, a state known for its friendly attitude towards technology, both driver’s licenses and state-issued ID cards are going fully digital. In an interview with the Wall Street, Colorado’s Chief Information Officer Theresa Szczurek explained that a mobile version of driver’s licenses is like a “killer app” for state residents in the sense that it takes away the burden of having to carry a wallet. This new form of ID is actually a feature of myColorado, a comprehensive mobile app that grants residents access to a variety of services provided by the state.

The philosophy behind this digital ID project comes from the growing trend of Americans never leaving home without their smartphones. If a woman in Denver goes out to walk the dogs, she is unlikely to bring her purse, wallet, or pocketbook, but she will very likely bring along her smartphone. Speaking of Denver, this is a city where 20% of retail payments are made with mobile devices. By order of Governor Jared Polis, most Colorado state agencies have been ordered to accept this electronic ID as a valid form of identification, and this is already being used by a few commercial establishments that need to check ID for various purposes such as selling cigarettes, serving liquor, or verifying a point-of-sale purchase made with credit cards.

The myColorado driver’s license automatically links with the databases managed by the Department of Motor Vehicles. Changes personal information can be updated through the myColorado app, and this includes taking selfies. A Colorado driver’s license is typically good for five years, and for many residents who change addresses two or more times during that period, this means many trips to the DMV. With the new electronic ID version, changes can be made directly from smartphones 24 hours a day and even on weekends without worrying about taking time off from work to stand in long lines at DMV offices.