Should Teens and College Students Have Credit Cards?

According to a 2006 study, the average twenty-something is over 23,000 dollars in debt. This debt includes student loans, revolving debt (including credit cards), and installment debt (which include auto loans). It must be remembered, however, that these numbers include young people who never went to college, bought a car, or needed a credit card. The average amount young college graduates owe their colleges is actually around 24,000 dollars and is on the rise, and this does not include any other debt they may have come into during their time at school.

Why Most Students Need Credit 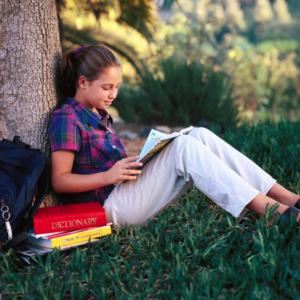 It is a fact of college for most students that they will leave with a certain amount of debt for having attended school. It is the hope that the education they received will be enough to get them a job which is lucrative enough to pay off those loans. Regardless, debt is simply part of the young person’s life for the sheer fact that, in order to have the best chance at a lucrative profession, they are forced to purchase something they are incapable of affording – an education. Therefore, credit cards, whether they are needed to pay loan bills or pay for necessities in order to pay the loan bills, are often a requirement for a period of a student’s life. It is best, then, that they have some sort of controlled or at least knowledgeable interaction with credit cards before they are forced to use them.

It’s Still Up to the Parents (for high school students)

Before a child is eighteen, they will need a parent co-signer in order to obtain a credit card in their name. Thus, it is entirely up to the parent as to whether or not the student can have a credit card. There are some things to consider before jumping in though. Co-signing on a student credit card is a risky proposition, because you are essentially saying that your child will exhibit the responsibility and maturity of an adult, and that if he does not, you are responsible for the bill.

There are some options, though, that allow students and their parents a much needed safety net. Instead of a credit card, a student can start a bank account and use a debit card, taking money directly from the account. This will teach them how easy it can be to spend more than is responsible while simultaneously teaching them the responsibility of carrying a card.