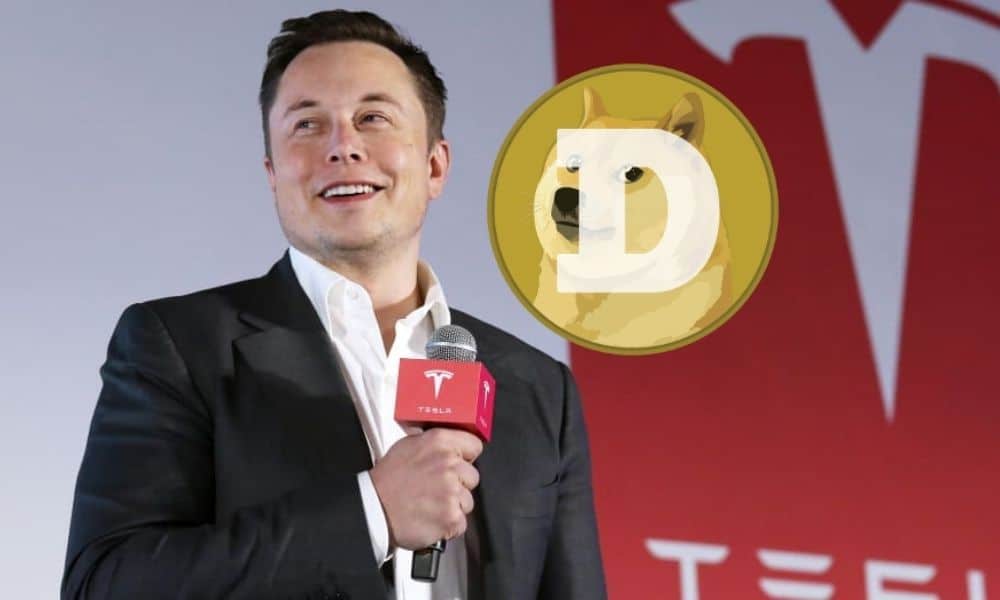 Per a recent report, Tesla will be allowing individuals to purchase some of its branded products and services with the help of the cryptocurrency Dogecoin. It was reported through a tweet made by the billionaire Elon Musk –CEO of Tesla. It is a highly sought-after move that has been initiated several months after the company went on to briefly experiment with allowing its consumers to pay for electric cars with the help of bitcoin.

A Breakthrough in the Modern Payment Industry

Recently, Musk had given an interview with the famous Time Magazine where he had been referred to as the Person of the Year. In the interview, Musk revealed that dogecoin has been regarded as the best cryptocurrency for transactions because it helps in encouraging people towards spending rather than hoarding it as a ‘store of value.’

The billionaire reported that even though it came out as a joke, Dogecoin has been better suited for handling larger volumes of multiple transactions. On the other hand, bitcoin has not been regarded as a reliable substitute for transactional currency. This is because its transaction volume is quite low and the overall cost per transaction is quite high.

Billy Markus, the founder of Dogecoin, is going ahead with endorsing the opinion and tweeted that Musk (who also co-founded PayPal) is well-aware of monetary terms and regulations. Dogecoin was launched as a joke cryptocurrency in 2013. Its name was created through inspiration by the Shiba Inu Dog and it became quite a viral sensation throughout the world.

In May, the overall value of Dogecoin increased to reach the record high of 69 cents after it was heavily promoted by Elon Musk on different social media platforms.

Collaboration of Dogecoin with Tesla’s Products for Payments

In March, Bitcoin had reached its record-high value after Musk had made the announcement that bitcoin will be used for purchasing the electric vehicles of Tesla. During the announcement, the option was only made available to buyers in the United States of America, but the company went ahead with expanding its plans to other countries in 2021.

Musk Says Dogecoin is Better Than Bitcoin for Buying Products

Musk has invested in Dogecoin in addition to Bitcoin. However, as per Musk’s statements, Dogecoin has significant benefits over Bitcoin and other types of cryptocurrencies. He perceives Dogecoin as a better cryptocurrency option for ensuring transactions.

In the recent interview, Musk revealed that on fundamental grounds, Bitcoin is not a relevant and reliable substitute for transactional currency.

While bitcoin supporters would agree on the fact that the asset serves to be a reliable store of value, they would also argue on the fact that it has been designed to serve as the relevant peer-to-peer financial system. Therefore, it can be utilized for transactions. They cited solutions including the one in which El Salvador had made Bitcoin a legal tender.

While Musk is harsh on Bitcoin, he still has doubts that it will be successful in replacing fiat currency in the coming times and said that he is not a huge hater of the notion of fiat currency like most others in the cryptocurrency world.

As per Musk, there are several benefits with cryptocurrency in relation to fiat currency. This is because fiat currency is diluted by government rules and regulations. It also turns out to be a tax burden on the individuals, especially those possessing cash savings with the dilution of the overall money supply.

Still, financial experts continue viewing cryptocurrency as a risky, volatile, and highly speculative investment. Therefore, it is recommended to make investments only when you are prepared to lose them.

Tesla and Its New Payment System

Tesla is all set for testing the all-new payment option for the cryptocurrency Dogecoin. The DOGE payment scheme was added for testing some days ago and a software engineer revealed that the company was indeed testing the available option.

Tree of Alpha revealed that the code had already been present in the recent JavaScript files that Tesla makes use of for processing payments. However, a part of Dogecoin has been forced to return the null value irrespective of what occurs so they will never show. It is a way of testing code in the process of production.

This implies that the adoption of Dogecoin for payments towards purchasing Tesla products is a hidden feature that is not seen by many. Musk added that the company had planned on seeing how it will go towards accepting Dogecoin payments.

Musk has always maintained an affinity for Doge and Crypto. He has also gone ahead with investing in a meme-themed crypto along with other cryptocurrencies including Ether and Bitcoin.

The project of accepting Dogecoin as the mode of payment for the purchase of Tesla cars and services is now observing the presence of a team of board and advisors. It is regarded as a Trailmap for helping with redesigning the site while eventually making a POS or Point of Sale decentralized application for making it a usable form of a currency.

The Manifesto has been an attempt at capturing everything that the community wants from the available dogecoin project. It should be something that the entire world can use for paying rent or even buying a coffee.