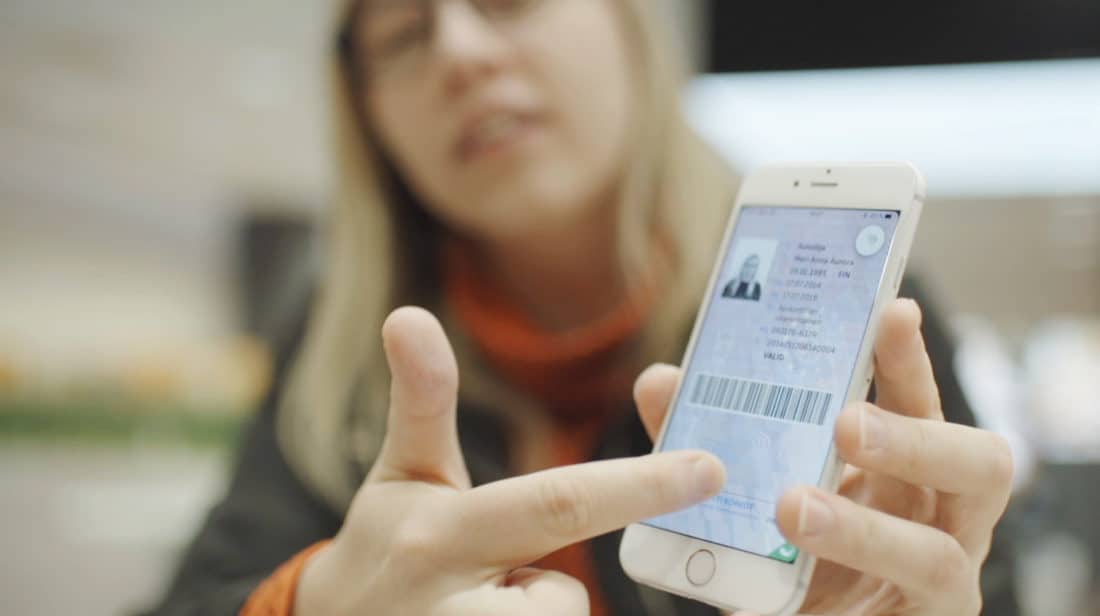 Security agencies such as the Transportation Security Administration (TSA) are beginning to seek better ways to improve the security of air travel. The Department of Homeland Security (DHA) has also joined in this move, as well as other private agencies.

Probably, a mobile driver’s license is the solution they are searching for. Let’s see the edge that this new infrastructure has over the former, and the discoveries of these security agencies.

This implies that with a mobile driver’s license, there’s no need to carry a physical identity card around. The new identification method requires an individual to just display their information electronically.

Accurate identification of passengers has always been a critical need of air transport. The goal is to reinforce security. In another light, the impact of unexpected global events such as the pandemic has spurred the need for digital security measures. In addition to security concerns it raised, it intimated the world with digital tools and channels. Now, security entities and agencies are beginning to consider a new priority as it pertains to air travel security.

Two notable transportation security bodies in the United States have shown keen interest in this emerging intuitive technology. The DHS and TSA seem to be certain that the mobile driver’s license will help strengthen the security standard of drivers in the state.

In their view, a mobile driver’s license is a cutting-edge technological innovation. Furthermore, it has a huge advantage over the physical form of driver’s licenses as the future of air travel. To start, the touchless feature of the new identity verification tool offers both health and safety benefits to users. In addition, it could provide stronger privacy protections to individuals.

For TSA and other federal verification agencies in America, it could enhance their productivity as it offers greater security. Expounding on the advantage of the mobile driving licenses to TSA, a Senior Official of the TSA Administrative unit, Darby LaJoye speaks up:

“The TSA workforce comprises teams of security-focused innovators who look for opportunities to improve security and the traveler experience across the nation’s transportation network.”  “The mobile driver’s license is one emerging technology example, and TSA is interested in exploring its incorporation into our identity verification processes.”

As such, the DHS and the TSA have made an open request in the Federal Register for inputs of the society. They seek industry standards and practical ways to sustain this technology and explore its potential. They strive to standardize some core features that include privacy, identity fraud detection, and security.

Responses to the request will enable DHS/TSA to make better laws to revise the REAL ID Act. The REAL ID Act is an act of congress that modifies the US Federal laws relating to security, authentication, and issuance of driver’s licenses. This act also monitors states whose standards are not in compliance with the Act’s minimum standards for production and issuance of driver’s licenses.

In addition to strengthening air travel security, the act needs to be revised to accommodate the use of mobile driver’s licenses for other official purposes. According to the act, these include accessing federal facilities, the use of commercial aircraft that are under federal control, and nuclear power plants. The information garnered will be instrumental to possible adjustments to the REAL ID Act.

Randy Vanderhoof is executive director of the Secure Technology Alliance, a group whose concern is on security solutions for identity verification, payment, and access.

The Alliance and its partners have been working on a technical concept to control the information that consumers release during the identity verification process.  Rather than divulge all of a passenger’s details, the app shows only age, address or age, and photo.

According to Randy Vanderhoof, a digital version of a license would give users more control over the amount of information they share with a third party. Also, the pandemic has inspired a change in the trend of things – contactless verification of information.

Rather than exchanging material objects, a passenger could just flash their driver’s license information electronically to the TSA agents. This can be a great way to curb the spread of highly contagious illness and beyond that, it is faster and creates an audit trail for the TSA agent.

For Vanderhoof, the mobile driver’s license should also enhance privacy laws to check the searching of phones by police department officials. The idea is to check and not entirely disallow the checking of phones as it is also a security measure on the part of the police. The police officer doesn’t necessarily need to handle the phone, the mobile driver’s license could use a barcode or transmit the required information.

But, according to Vanderhoof, achieving this is not so much of a task, as much modern technology can achieve it. However, the problem may lie in the ability to interoperate the technology among states that issue the digital credentials and where the information will be used.

The STA on its own is putting in efforts to see that the goal of supporting and promoting mobile driver’s licenses across all states is actualized.

Some states in the United States are already wetting their feet with mobile driver’s licenses, about eleven of them, including Oklahoma, Colorado, Louisiana, and Iowa. And with corporate effort, mobile drivers license may eventually take over the physical driver’s license and effectively be implemented across all the 50 States of America.