For many British consumers, using the ATM at their local convenience stores, which are colloquially known as corner shops, is the best way to access bank funds for free. The traditional arrangement consists of banks paying interchange fees to ATM operators; thus allowing account holders to enjoy free cash withdrawals they usually spend at the store, but this is changing to the detriment of consumers. 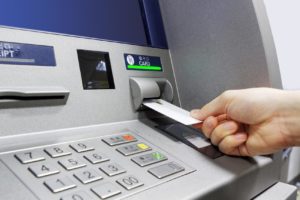 LINK, the business entity that controls the national network of cash machines located within corners shops across the United Kingdom, has sharply reduced the interchange fees, and it is planning even more cuts in the near future. ATM operators have taken swift action to cut their losses by removing machines from corner shops. The Association of Convenience Stores is now urging LINK to scrap the next fee reduction so that ATM operators do not end up removing all their cash machines, particularly in communities where residents do not have easy access to their banks.

The CEO of LINK has pointed out that the use of cash among British consumers has been falling in recent years thanks to the advent of mobile payments, thus doing away with the need of ATMs at corner shops. The ACS argues that mobile payments technology is not the only matter at hand; British banks have been shutting down branches across the country, thus leaving account holders with limited options such as making free withdrawals at local Royal Mail offices, which have also experienced rounds of closures.

There was a time when corner shop operators enjoyed direct profits from ATMs. Over the last few years, however, things have changed to the point of shop owners actually having to pay ATM operators to keep the cash machines in place. Consumer advocates estimate that at least two million individuals rely on cash withdrawals for various reasons, one of them being that not everyone can afford a smartphone with near-field communication features that would allow them to make contact-less payments.

For the payments industry, a strong transition to digital payments instead of cash transactions is good news, but market leaders agree that governments need to contribute with legislation conducive to inclusion, meaning that mobile payments should not be limited to NFC devices. In Commonwealth nations such as Kenya, the issues of ATM access and cashless transactions have been settled with M-Pesa, a mobile alternative to banking that works with just about any cell phone because it uses SMS technology.

One of the keys to ensuring easy access to digital payments is to take into consideration all consumers, even those who feel that they should be able to access cash at nearby locations and with reasonable fee schedules. Shifting all charges onto consumers, banks, or retailers is not the answer.