Since March 2019, pro-democracy activists in Hong Kong have been staging massive rallies that often turn violent and destructive. Clashes between protesters and riot control police units have claimed more than 2,500 injuries and millions of dollars in damages. The lucrative tourism and retail industries of Hong Kong have also been deeply impacted; according to data compiled by regulators, sales transactions have plunged by more than $30 billion since November 2019, one of the worst plunges ever experienced by this autonomous region of China. 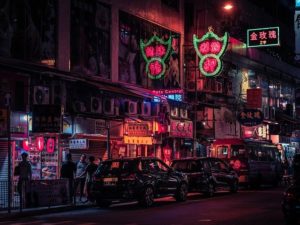 The worst month for retail sales in Hong Kong was October, which posted a 24.4% drop on an annual basis. Amazingly, market analysts expected an even more calamitous report for November when considering just how violent the protests have turned since October. The resolve of activists in Hong Kong has not shown any signs of abatement; on New Year’s Day, one of the most impressive rallies drew hundreds of thousands out onto the streets of the Kowloon district, and leaders who spoke to international journalists explained that they are not ready to stop until the Communist Party of China gets the message: People of Hong Kong do not want to abandon the democratic system.

For small business owners, particularly retailers, the protests have been disastrous to their bottom lines. Hong Kong is one of the most active markets in terms of digital payments, but this is not an advantage when storefront operators are forced to shut down their establishments, which are often damaged by vandalism during protests. Being a leader in digital payments means little when shoppers are too nervous about visiting stores because they fear protests will get unruly.

At a time when holiday sales in Asia are posting record annual increases, the situation in Hong Kong is dispiriting. Luxury brands such as Louis Vuitton, which rely on purchases by foreign visitors, are closing up stores in some of the busiest districts. As for foreign tourist arrivals, their volume has dropped by more than 55% on an annual basis.

Needless to say, representatives from the Hong Kong Retail Management Association are dismayed by the current situation. A recent survey among retailers revealed that 7,000 business owners are planning on closing up shop over the next six months unless things improve and the protests stop. Sensing that the worst is still to come, government regulators have urged commercial space landlords to put a moratorium on raising lease contracts. A deteriorating retail economy is the last thing Hong Kong would like to experience; thus far, the hardest-hit in this regard have been luxury retailers such as jewelry stores, but thereare fears about protest leaders calling for shopping boycotts in 2020.