On May 2 it was revealed by Visa CEO Joe Saunders that the credit card giant was being investigated by the Department of Justice for violation of antitrust laws. One of the key elements of the DoJ’s interest in Visa for antitrust violations is its new fee, the Fixed Acquirer Network Fee (FANF) which went into effect on April 1, 2012. Saunders stated that the investigation began on March 13, prior to the fees taking effect.

Saunders revealed that Visa was being investigated during Visa Inc.’s Fiscal Q2 2012 Earnings Conference Call, which prompted The Official Merchant Services Blog to take its readers through the strange roller coaster ride that was Visa’s beginning of May in THIS BLOG HERE.

The strength of Visa’s earnings in the last quarter was framed immediately by Saunders in the conference call: Credit. As Saunders says, “In the U.S., payment volumes increased 6% for all products. Our star performer for fiscal second quarter was credit. Building on that, we continue to invest in new and expanded long-term credit relationships with our largest U.S. clients to drive growth in our core business.”

The other side of that statement, however, is debit. Where MasterCard took great strides — notably adding the nation’s largest debit card institution Bank of America, which switched from Visa. 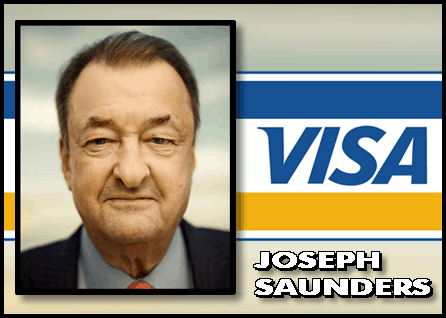 Visa claims it was hampered by the Durbin Amendment in terms of making earnings from debit in the last quarter.  As Saunders said in the conference call, “So far, the situation is playing out as we expected, and in line with our updated guidance for fiscal 2012 as well as our guidance for fiscal 2013. During the March quarter, U.S. aggregate debit payment volumes slowed to 2% growth and, as expected, has continued to decline in April. Interlink is bearing the brunt of the regulatory impact.”

Saunders then took a moment to emphasize the individual differences between Visa Debit — the well known Visa check cards that get swiped through terminals around the country — and Interlink, Visa’s PIN-debit product. Saunders noted that Visa’s swipe debit grew, but grew very slowly. And then went into detail about how Interlink was the company’s worst performer in the quarter, “We posted negative payment volume growth in each month of the March quarter. More recently, between the compliance deadline of April 1 and April 28, Interlink payment volume has experienced notable deterioration. Keep in mind, though, that in the March quarter, Interlink contributed less than 10% of U.S. debit revenue and about 2% of Visa Inc.’s overall revenue and was our lowest yielding product in the U.S. market. “

At this point in the call Saunders shifted into a very general discussion of Visa’s “strategies to compete” — essentially their new fees, including FANF, the Transaction Integrity Fee and a revised Network Acquirer Processing Fee. That led Saunders to discuss the Department of Justice investigation: “On March 13, prior to the April 1 implementation date, the U.S. Department of Justice Antitrust Division issued a civil investigative demand requesting additional information about PIN-authenticated Visa Debit and elements of our new debit strategies, including the fixed acquirer fee. In March, we met with the department twice and provided materials in response to the CID. We are confident our actions are appropriate and that our response to the DOJ supports that.”

During the question and answer period of the conference call, Saunders stepped up to defend Visa’s new fees. Saunders says that the fees are part of “the total structure we’ve put to deal with the Durbin regulation. We are not making money per se off of that fee. The combination of discounts and incentives that we have put together, I think, actually relate in a modest loss in the amount of $100 million a year. So we aren’t doing this with the intent of raising prices.” 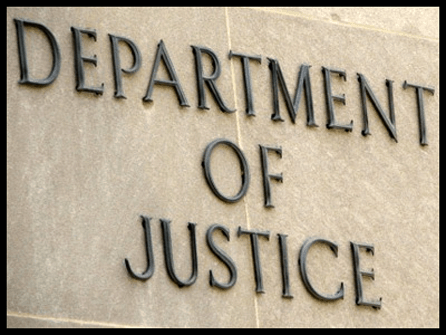 Then another question comes up in the call asking about the outlook the company has for recovering from the losses in Debit due to Durbin. Saunders very vocally defends the company’s fees and strategies: “Let me just follow up on that and make perfectly clear one thing, and that is that we are never going to regain all of the market share that we had in the debit card business. Nothing that we say or none of our strategies suggest that that will happen or could happen. And nothing that we have done or thought about or said anticipates that it will happen. The environment has changed by regulation. We are operating in a different world, and we are going to live forever with less share than we once had.”

The TLDR Version from Visa

The transcript of the entire conference call can be read HERE at Seeking Alpha. Many thanks to them for providing it for use to bloggers and media outlets.