HMS and the Phillies

Spring Fever has gripped Host Merchant Services. The premier provider of payment processing and e-commerce services for small businesses and medium businesses has gotten its own radio advertisement produced. The ad will run WDEL 1150 AM all this month during Philadelphia Phillies spring training game broadcasts. The ad is part of a sponsorship program HMS has entered into with WDEL in support of its Philadelphia Phillies coverage and includes a print ad included on a Phillies schedule poster giveaway. The poster, which the radio station gives away to listeners, includes the baseball team’s 2012 schedule along with a bold Phillies-related image and ad space dedicated to the sponsors.

The 2008 World Series Champion Philadelphia Phillies enter the 2012 season looking to continue its string of 4 consecutive division titles and 5 consecutive playoff appearances. That level of quality and commitment to excellence is something Host Merchant Services provides in its arena of competition: The Credit Card Processing Industry.

So be on the lookout for each of these promotional items as Host Merchant Services gets into the Spring Training groove promoting its services along with the national pastime. 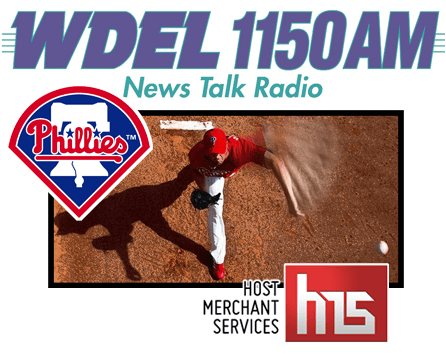