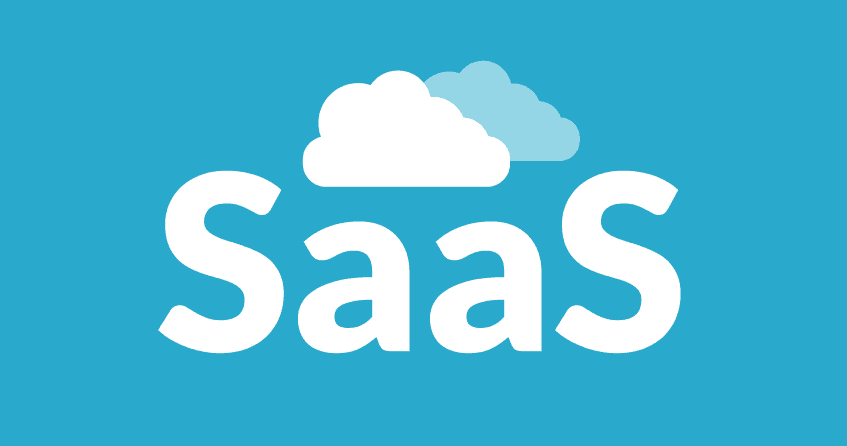 What is SaaS, Software as a Service?

How does SaaS work?

SaaS is a means of delivering the software to the end-user via the internet. A number of software vendors partner with various cloud computing partners to store or host the software’s source code for distribution as a SaaS product. The product can then be accessed by any device that has access to the internet.

The product’s delivery mechanism is either an internet browser, such as Chrome, or a specific app. All features are automatically released and updated instantaneously for all customers once they are available without any onus on the end-user to do anything.

The customer stores data generated by the SaaS depending on what the customer and vendor agreed to in their service level agreement. It can be stored in the cloud, locally, or both.

SaaS in the Current Business Environment

Software as a service (SaaS) companies have been all the rage over the past couple of decades. As the largest segment of the cloud computing industry, improving internet bandwidth has allowed more and more businesses to roll out services offering software via the internet. What had previously been purchased via a packaged CD or through an entire team of enterprise consultants for a home or business computer, is now ubiquitous and something you access via a website, or an app, like using email.

That has been the birth of Software as a Service (SaaS). Users no longer need to purchase the software and download it. There is no longer a need for Software or IT managers to oversee various installations, user access management issues, updates, upgrades, or security protocols. It is all managed by the SaaS provider.

SaaS has transformed how people think about businesses. That thinking has impacted how businesses are started today and how older ones are run. Below we explore what SaaS is, how it formed, how it works, and the various benefits and risks that accompany it.

How it all started

In the late 2000s, there were numerous technological innovations, as well as innovations in the ideas of how to leverage these technologies for the masses. Another degree of innovation was financial innovation, where technology started to be priced and offered differently than it had been in the past.

Yes, a smartphone was a technological marvel bringing together many new and existing technologies into a single device. But there were new ideas around using these technologies. You could have an app for everything you can think of and access it immediately. You could always buy on eBay, but now you have a separate app for it. You could now get curated recommendations based on your specific usage in the palm of your hand. Liked something on the internet? There is a particular app to save all or a portion of it. And you can have it all for a certain ongoing fee.

It all started with cloud computing in the mid-2000s when companies like Amazon were trying to figure out how to efficiently scale their server usage based on specific data storage needs at physical data centers. Companies would’ve loved to adjust their spending according to the usage volatility that may spike during certain times of the year, but they had to buy servers and storage space that was idle for most of the year. Amazon introduced a service of offering internet-based storage via its Amazon Web Services offering that spawned a new business unit for the company and numerous industries. Soon, the likes of Netflix were relying on AWS for data capacity rather than buying servers and managing data centers themselves. In 2022 cloud computing is estimated to be a massive $500 billion industry worldwide. The largest segment of cloud computing is Software as a Service, making up more than 35% of the market.

From a consumer perspective, there are no ongoing data storage needs or backups required for the data in the SaaS. It’s always available on any device, anywhere, at any time. There is also no need for software maintenance and upkeep, such as security patches and updates, as the vendor and host manage that.

From a SaaS vendor perspective, a whole new business model has developed around SaaS, known as the subscription model. This model generates recurring revenue as the structure of the software sale has shifted from ownership to rental subscription. So customers have access to the software and their data as long as they continue to pay the monthly, quarterly, or annual fee.

This rental subscription model is so lucrative that startups whose main product is a SaaS are more sought after among investors and are valued much higher. This is mainly a result of the recurring cash flows generated that can be used to attract the best talent and higher marketing budgets.

Just as the benefits are massive around SaaS, so are the challenges. Everyone knows when AWS goes down as so many different household apps and services are run on it. As soon as there is the slightest disruption, we learn about it and feel its impact immediately.

There are also risks to portability. It may not be easy for businesses to switch vendors from one SaaS to another. In a best-case scenario, customers will have vast amounts of data they may need to export from their prior SaaS product and import it into the new one. At worst, their prior vendor may be using proprietary technologies that don’t offer interoperability.

Software as a Service has been a paradigm shifting technological and service innovation for well over a decade. They offer a lot of promise and a whole new pricing business model has emerged that generates tremendous cashflows. As a result, these businesses attract the brightest talent to help them operate and the most innovative and transformation venture capitalists to help them grow and scale.

However, the impact of SaaS has not simply been some change in developing and marketing software. SaaS resulted from an evolution known as cloud computing. In turn, it has revolutionized the business community.