The History of Currency From Bartering To The Credit Card 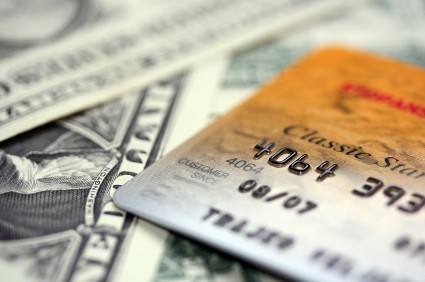 The History of Currency from Bartering to the Credit Card

“The only permanent thing in this world is change”, as one saying goes. Currency is no exception. It went through a lot of changes with different societies contributing to make currency the modern money we know and love. Let us take a look at this interesting timeline of the history of currency:

Barter: The Dawn of Trading

In the beginning of humankind, there was no money. To get goods, people traded items which had a practical value. It may be in the form of food (cattle, fish), apparel (fur, cloth), decorative item, tools, weapons or services. This was called “bartering”. It is defined as the exchange of resources or services for mutual advantage. Even today, the system of bartering is still being used by some individuals and organizations.

The first and oldest form of money is actually cattle. It included cows, camels, goats and other animals. The biggest advantage of cattle is that it allows the seller to set a price. It even brought upon the early formation of the concept of standard pricing. For example, two goats were traded for one cow as cows were deemed to be more valuable than goats.

1,200 BC: The Widespread Use of Cowrie Shells

Cowrie shells are shell of a mollusk that was widely available in the waters of the Pacific and Indian Ocean. More than just a decorative piece, it was first used as money in China during the Shang dynasty. Its main advantage is that it is almost impossible to forge them. Aside from China, many societies in India and Africa have regarded cowries as an important era of their currency. Because of this, cowrie shells were not only known as the longest used currency in history but as also the most widely used.

Due to the inspiration from cowrie shells, China began to manufacture bronze and copper cowrie shells imitations in 1,000 BC. This was considered as the earliest forms of metal coins. Knife, spade monies and other metal tool money was also first used in China. The coins later developed into round coins made of base metals. It contained holes so that it could be put together just like a chain.

500 BC: The Birth of Modern Silver Coins in Sardis, Ancient Lydia

Outside of China, a major commercial hub linking the Asian Kingdoms of the East with the coastal Greek cities of Iona created coins for business purposes. This particular place was called Sardis, the capital city of ancient Lydia (Turkey). The coins were created from electrum which is made up of natural alloy of gold and silver. It looked similar to the modern coins of this age. Later on, the techniques of coin making were enhanced by the Greek, Persian, Macedonian and Roman empires. Unlike Chinese coins, these new coins mostly featured various god and emperors in order to mark their authenticity. Also, these coins had more inherent value as it were made from precious metals like silver, bronze and gold.

118 BC: Leather Money from China

Leather money consisted of pieces of white deerskin about one foot square with colorful borders. It served as the first type of documented banknote in China. The value of this particular deerskin was 40,000 “cash”. The term “cash” pertained to the name of a type of old base metal coin.

To prevent tax evaders, Danes in Ireland established a rule. If one cannot pay the Danish poll tax, then his nose will be slit. This is where the famous saying “to pay through the nose” came from.