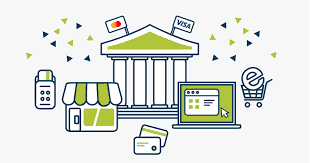 One of the very first things businesses look to do when they are starting up is to start accepting card payments for their goods and services. Merchants need to set up a merchant account so that they can do this, and they also need to sign a merchant account agreement with an acquirer. However, what does acquirer mean? What is an acquirer? Is it a person or a business entity? Is a Visa acquirer different from other acquirers?

What is an acquirer?

Let’s start with what an acquirer is. An acquirer is a financial intermediary, often a bank, that allows merchants to accept credit and debit cards of various card networks from different issuing banks and a number of additional modes of payments, such as ACH and mobile payments and digital wallets, and the like.

In plain language, it’s the acquirer that allows merchants to get paid when a cardholder comes to them presenting a Visa, Mastercard, or an American Express card. An acquirer is also known as an acquiring bank or a merchant acquirer.

What does an acquirer do?

An acquiring bank has been licensed by and is a member of a card network, also known as an association, to set up and maintain merchant accounts for businesses. In the process, the acquiring bank must abide by all the regulations stipulated by the card network in order to retain its acquirer status with that network.

Some of the acquirer’s responsibilities include:

Some key terms and essential parties involved in payment processing

Issuer – this is a financial institution, such as a bank, that has issued the credit card or debit card being used in a transaction. Also referred to as an issuing bank. Examples of an issuing bank include Chase or Bank of America.

Card Networks – These are the card associations, or payment networks, of which the Issuing bank issues cards. Mastercard, Visa, and American Express are examples of card networks.

Payment Processors – also known as the Merchant Service Providers (MSPs), usually do most of the payments grunt work, such as doing the outreach to sign up merchants for their payments processing services, working with them through the merchant account application process, issuing or selling the point of sale terminals or setting up the payment gateways in order to collect the card data form cardholders, and then processing the payments for merchants. Merchant processors also work with the merchants to implement controls to mitigate the risk of fraudulent transactions.

Payment Gateways – this is the software merchants use to collect cardholder data for online transactions, such as eCommerce. A payment gateway is instrumental in securing and encrypting cardholder information during the data transfer of a payment being processed.

Authorization – Sending the payment request to the issuer once card information has been collected from a merchant’s POS or virtual terminal to ensure there are sufficient funds to settle the transaction.

Authentication is an additional layer of cardholder identity verification as part of a security protocol. 3D Secure is the mechanism used to perform authentication.

How to find the best acquirer?

If an acquirer is right for you really depends on the merchant’s specific needs and if one particular acquirer can meet all those needs. Below are some ways to gauge whether an acquirer is the best fit.

Types of card networks supported – Merchants want to ensure that the acquirer they’re looking to work with is licensed by all the card associations they wish to work with. It would not be easy to operate if the acquiring bank is not registered with one of the major card networks.

Geography and currencies – This is another critical area where merchants need to scrutinize whether their acquirer operates globally or solely offers domestic services. Merchants should ensure that the acquirer supports the currencies of their biggest customer markets for payment processing.

The type of transactions – the acquirer you choose to work with may offer better rates for volume transactions vs. low-volume but high dollar value transactions. Depending on which applies to your business can help you guide your decision-making.

The Customer Experience – The level of customer service offered is often cited as the root of bad experiences in the merchant service industry. Getting the customer experience involves honesty, transparency, a genuine passion for helping others, and the ability to set the right expectations.