The Durbin Amendment and You 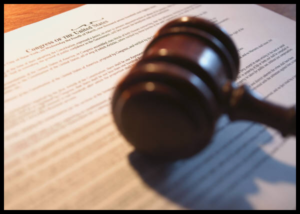 The Durbin Amendment is part of the Dodd-Frank Wall Street Reform and Consumer Protection Act of 2010.

There’s been a lot of talk about the Durbin Amendment in credit card processing and merchant services circles. It’s been one of the hottest topics in the industry. People are scrambling trying to predict how the legislation will affect both individual merchants and the processing business as a whole.

Host Merchant Services wants to simplify the topic and make it easy for our clients to understand what this key piece of legislation does and how it will affect them.

The Nuts and Bolts of This New Law

The place to start is to define exactly what this law is. The Durbin Amendment is a provision added to the Dodd-Frank Wall Street Reform and Consumer Protection Act of 2010. The overall act was passed as a response to the economic recession in the latter half of the decade and has been touted as the most sweeping change to financial regulation in the country since the Great Depression.

The Durbin Amendment focuses on debit card interchange and reform in the payment processing industry.

It seeks to stop major credit and debit card networks from imposing penalties on small businesses, merchants and government agencies. The law applies to banks with over $10 billion in assets and restricts these large banks and credit card companies from using their dominant market power to force merchants to accept anti-competitive restrictions.

To put it simply, large credit card companies are no longer able to punish merchants for offering discounts to customers for using another card network; or discounts for using cash, check, debit card or gift card and loyalty cards; or set a minimum or maximum transaction amount for payment by card.

And the law states that these banks have to charge debit card swipe fees that are “reasonable and proportional to the actual cost” of processing the transaction.  To enforce this part of the law, the Durbin Amendment gave the Federal Reserve the power to regulate debit card Interchange fees.

On June 29, 2011, the Fed issued its final rule on how it would enforce that portion of the law. The Fed ruled that the maximum interchange fee an issuer can receive from a single debit card transaction is 21 cents plus 5 basis points multiplied by the amount of the transaction.

Not to stray too far from the topic, but an explanation of what Interchange and Basis Points are is needed. Interchange is a fee paid between banks for the acceptance of a card based transactions.

Basis Points are a unit of measure used in finance to describe the percentage change in the value or rate of a financial instrument. One basis point is equivalent to 0.01% (1/100th of a percent). In most cases, it refers to changes in interest rates and bond yields.  For a visual tour on how credit card processing works, click here for a helpful infographic.

This July ruling by the Fed on the interchange cap also allowed issuers to raise their interchange fees by as much as one cent if they implement specific fraud-prevention measures.Issuers eligible for this adjustment, could then receive a maximum interchange fee of 24 cents for the average debit card transaction (valued at $38), according to the Federal Reserve.

This took effect on October 1, 2011 and was predicted by multiple news sources to cost banks roughly $9.4 billion annually.