The History of US Currency

Merchant Services: The History Of US Currency 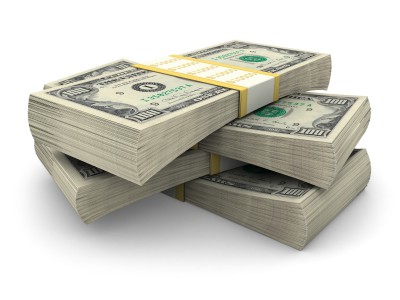 In today’s society, money is remarkably easy to use and distribute from consumer to merchant and back again. This is due in large part to its ease of transport and centralized banking backed by the federal government. That was not always the case in America; quite the opposite, as a matter of fact. Different colonies issued their own currency and had their own laws governing finances. If a merchant were to travel in an attempt to pursue his business, he often needed to carry with him different kinds of money. This widespread quantity of different monetary standards led to rampant counterfeiting. Most colonies eventually stopped accepting any money that was not of their own making.

In the early 18th century, a printing press in Philadelphia was making history. A unique and evolutionary anti-counterfeiting technique was developed by the owner of the printing press, Benjamin Franklin. In an attempt to combat the fake colonial bills in circulation, Franklin took a page from mother nature. Using leaves from trees, a raised pattern was printed onto the bills and became a very effective tool against counterfeiters. The colonies continued to print their own bills with limited success until after the Revolutionary War.

In 1781, the first national bank was established in Philadelphia, which was then the nation’s capital. Dubbed the Bank of North America, it was created in an attempt to centralize the finances of the new federal government. Four years later, Congress adopted the dollar as the monetary unit for the country. Things were still a bit shaky, leading Congress to charter the Bank of the United States in 1791 for a 20 year term. This was the first institution to perform all central banking needs of the government and lasted until 1811, when the government failed to renew the charter.

The Gold Standard, used by several other countries throughout the world, was an act that tied the value of their currency to gold. It was a sort of guarantee, meaning that the paper money issued by the government had a specific value, redeemable in gold. It was designed to generate confidence in a centralized government’s monetary system. Passed in 1900, the Gold Standard Act in the U.S. set a fixed value on gold and outlined the exact gold value of a paper dollar bill. According to the act, one Troy ounce of gold was valued at $20.67.

The US Treasury and the US Mint

The Treasury was established in 1789 in an effort to take control of the government’s money functions. The first Secretary of the Treasury was Alexander Hamilton, who was personally asked by George Washington to fill the post. It was he who created the early financial system that our new country ran on. To this day the Treasury controls and sets the rules for all money and printing issues for the country.

The US Mint was not originally a part of the Treasury. When Congress created the Mint in 1792, it was placed under the control of the State Department. A short time later it was made into an independent agency, until finally coming under the control of the Treasury after the Civil War. The primary responsibility of the Mint today is to produce and manage all circulating coinage in the US. Today the Mint has facilities in six separate locations throughout the country.

Continue Reading – The History of US Currency, Part 2