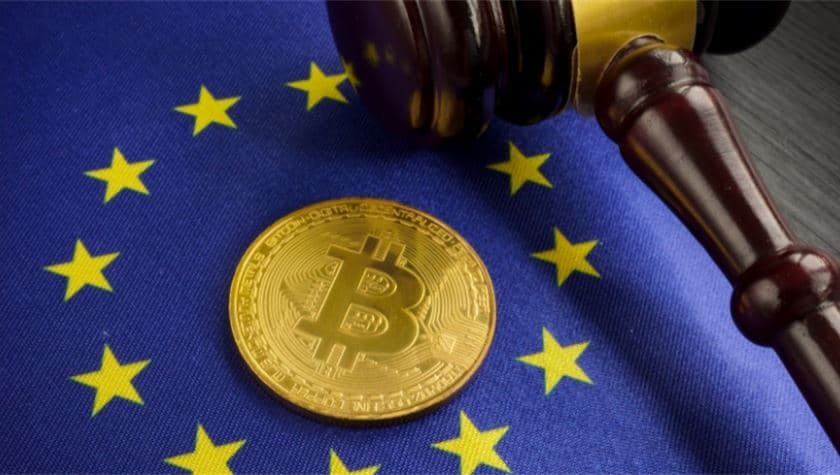 The ECON or Committee on Economic and Monetary Affairs by the European Parliament has spent several days struggling with the proposed MiCA (Markets in Crypto Assets Regulation) to coordinate the approach of the EU (European Union) to cryptocurrency.

Recently, ECON went ahead with rejecting different versions of the legislative package containing what has been referred to as the ‘de-facto’ ban on the mining of proof-of-work cryptocurrency. It is typically utilized by leading cryptocurrencies like Ethereum and Bitcoin.

An advisor who had been involved in the negotiation revealed that there had been two alternative compromises that had been linked to the weathered down version of the ban of unacceptable and unsustainable protocols. The advisor added that the proposal that had been responsible for the existing mobilization would no longer be a part of the MiCA text. The advisor referred to the overall opposition from the cryptocurrency industry to all prospective bans on proof-of-work blockchains.

The vote towards rejecting language on the existing mining ban had been succeeded by the count of around 32-33, with 6 individuals abstaining.

What is POW or Proof-of-Work?

POW or Proof-of-Work is a dedicated system of rewarding the miners of cryptocurrency. In the existing system, every miner on the network is rewarded for lending their computer power for executing some transaction. POW is utilized by Bitcoin. While Ethereum continues moving to some different proof-of-stake mechanisms, POW continues to serve as the primary governing methodology on the given blockchain.

The POW system has been significantly reported to be highly energy-intensive, because cryptocurrency miners are capable of using as much power as a data center. One study estimates that bitcoin mining will consume around 133.65 TWh of power annually.

The issue related to significant energy consumption turns out to be a major one for most countries, including China. China had recently put a ban on crypto mining within the country. As per the reports of The Cambridge Index, bitcoin mining will end up ranking 27th in the entire world with respect to electricity consumption if it serves to be a nation in itself.

On the other hand, a relatively newer form of cryptocurrency mining – referred to as POS or Proof-of-Stake, is known to be more energy-efficient. According to The Ethereum Foundation, it is estimated that POS will help in reducing the overall energy consumption of the Ethereum Foundation by around 99.5 percent when the system completely shifts to the dedicated POS system.

It is highly unlikely for Bitcoin to follow suit, because Ethereum is famous and has an influential impact for pushing the development of cryptocurrency mining. Also, bitcoin does not have any pressing need in comparison to other cryptocurrencies.

Currently, around 15,000 node operators of Bitcoin are widespread across the globe, but it still doesn’t reach the coordination levels of Ethereum.

The proposed cryptocurrency regulatory framework by the European Union has generated ample controversy for quite a long time.

As per the original arrangements, the legislative package was expected to include a dedicated section that called upon the respective proof-of-work blockchains to expect meeting minimum standards for environmental sustainability. They were expected to be mined, used, or exchanged within the borders of the European Union.

However, some lawmakers of the European Union were not content with the decision. On February 28th, the vote got delayed amidst the fears that the package might have been misinterpreted in the form of the de facto ban on Bitcoin, according to Stefan Berger – the Chairman of the Economics Committee of the European Parliament.

Recently, the European Union went ahead with rejecting a deeper version to the original text observed by Decrypt and listed by the European Green Party. The reviewed proposal went ahead with stating that cryptocurrency assets should be subject to ensuring minimum standards for environmental sustainability. It will be in accordance with the respective consensus mechanism that is utilized for the validation of transactions, before the issue, admission, or offering to trade within the European Union.

The Environment and Proof of Work Mining

Proof-of-work cryptocurrency mining is utilized by some of the largest cryptocurrencies including Ethereum and Bitcoin. The concept has generated ample scrutiny from major environmentalists from all corners of the globe.

According to Cambridge University, bitcoin is known to consume more units of electricity every year than most of the major countries in the world. Based on the source of energy being used, it could leave a significant carbon footprint.

Previous research by a team at Decrypt revealed that the greenhouse gas emissions due to bitcoin mining are equivalent to 60 billion pounds of coal that gets burned. They continue hoping that something would come up in the legislation that would end up opening the debate at least. The group also aimed at extending its discussion on  specific measures that would be centered towards addressing the overall environmental impact of the respective crypto assets.

Alex De Vries, Founder at Digiconomist, revealed in a statement that the vote of an individual might not be the last time everyone will watch authorities contemplate how to deal with the problem. The reality is that the cryptocurrency or bitcoin industry will have no subsequent plans to do anything about the issue, so these numbers will not get better on their own.

What is the Future?

Until now, ECON has only presented votes for approving the language of the legislative package. It has not voted on whether or not approval should be given to MiCA.

Whatever might be the case, even when MiCA goes through ECON, it will have to be agreed upon when discussing more subsequent debates that involve the European Commission and the European Council.