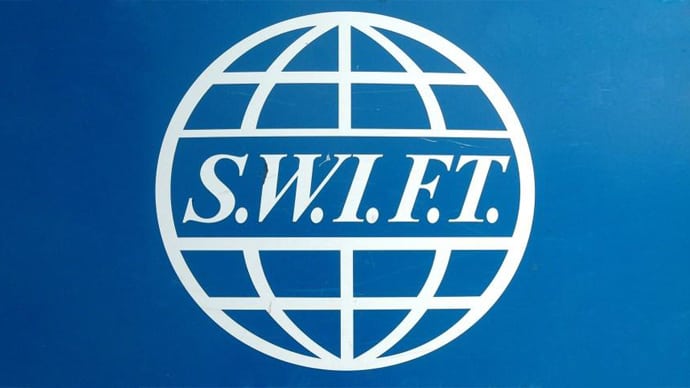 What is SWIFT? How does This International Payment System work?

SWIFT has become a hot topic amid the Russia-Ukraine war as several Western countries are considering this option to apply sanctions on Russia for its invasion of Ukraine. Russia is the second-largest user of the SWIFT payment system after the United States. More than 300 Russian institutes use this global payment system to send/receive payments.

The experts believe that banning Russia from using SWIFT will leave a significant impact on the Russian economy. This sanction is yet to be implemented because some countries are reluctant to take this step.

However, the general population is currently worried about how a single payment system can damage a country’s economy. And why global powers need the support of different countries to implement these sanctions.

According to recent stats, approximately 33.6 million transactions are carried out using this system every day. On average, it takes around 1-4 days to process a transaction through SWIFT. The processing time may vary depending on the time zones, recipient’s location, and other banking factors.

SWIFT payment system runs the funds through anti-money laundering and anti-fraud checks before crediting them to the recipient. Sometimes, the financial institutions have to send funds through an intermediary bank if they don’t have a direct relationship with the destination bank.

How Does SWIFT System Work?

SWIFT assigns an 8 or 11-character code to banks and other financial institutions for international transfers. The users need to enter the Swift Code of the destination bank along with the recipient’s bank account when they’re transferring funds internationally.

Identity Verification is the first step for those who want to send money through SWIFT. The users need to submit a scan of their passport and a recent bill to join this payment system. After that, the users need to agree with the exchange rate quoted by the bank or money transfer institute.

The users need to make sure that they have an ample amount in their before securing an exchange rate. The financial institution converts the funds into the required currency and then sends the payment using SWIFT.

The Details Required for a SWIFT Transfer

The users need to provide the following information to transfer funds through SWIFT:

The users can find the SWIFT code on the bank’s official website. It’s worth noting that the users need to provide the SWIFT code of the destination bank, not of the bank they’re sending money from.

SWIFT system has been around for years and it’s used by several reputable institutes including:

As mentioned earlier, SWIFT isn’t run by a single entity but several companies manage its operations altogether. It’s even stated on SWIFT’s official website that “It’s owned and controlled by its shareholders”.

What’s the Cost of a SWIFT Transfer?

Similarly, the bank will charge a correspondent bank fee if they’re transferring funds via an intermediary bank. Also, the users have to pay a priority payment fee if they want to speed up their payment.

How Safe Are SWIFT Transfers?

SWIFT is just a method of communication between banks and it doesn’t handle the money directly. It’s a secure and reliable system being used for international funds transfers for more than four decades.

Instead of worrying about SWIFT’s safety, the users need to verify the authenticity of the financial institution whose service they’re using to transfer money. It’s recommended to work with the institutes that are registered with the Finance Conduct Authority because these institutes are bound to use a safeguard bank account for keeping all client funds.

SWIFT offers a range of services to individuals and businesses who want to process accurate and seamless business transactions globally.

The users can get a real-time view of messages, reporting, and trade flow with SWIFT’s dashboards and reporting utilities designed for business intelligence. Thus, they can filter the reports depending on message types, regions, and other factors.

Finance crime compliance is one of the most useful features of SWIFT. Anti-Money Laundering and Know Your Customer are the two prominent services it offers in this category.

This service is particularly designed to improve the transparency and traceability of global payments. Using this service, the banks can instantly check the status of payment whenever they want.

SWIFT is a global payment system that transmits payment orders between banks with the help of SWIFT codes. It’s a safe and secure messaging system that facilitates transactions between financial institutions. We’ve shared detailed information about how the SWIFT system works. If there’s still any question about SWIFT payments, feel free to get in touch with us.