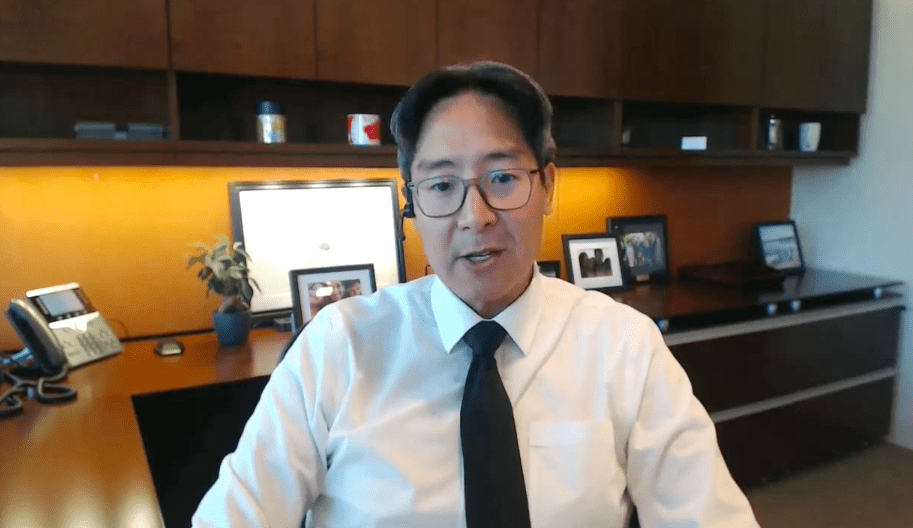 There are several ways of going through the lines of the speech to talk about the concept of stablecoins. It was made at a financial conference by Acting Comptroller of the currency, Michael Hsu.

A major fact is that he has genuine concerns about the overall potential damage to the entire economy. However, it will not preclude some power play.

Even after its broader title, Hsu has talked about the concept of ‘The Future of Crypto-Assets and Regulation.’ He shared his talks at the British American Business Transatlantic Finance Forum. The discussion took place on January 13, 2022 and was primarily focused on stablecoins. It is a type of cryptocurrency that is known for maintaining a balance with the US Dollar or even other fiat currencies. This is achieved by backing the tokens on a one-to-one basis with the US Dollar and other liquid forms of investments.

Another major difference from previous comments was that Hsu has started observing stablecoins as an important instrument that will serve a functional place in the modern financial market. At least he is accepting it to be so.

Statements Put Forth by Hsu

A major list of signs reveals ‘cryptocurrency going mainstream rapidly’ – ranging from the impressive $2 trillion market cap and the ever-growing NFT or Non-fungible Token popularity, to the widespread adoption of the modern cryptocurrencies amongst minority and underbanked consumers. Hsu added that bank regulation will be giving credibility to the stable aspect of stablecoins by enabling improved innovation in the modern crypto market while making given innovations highly durable.

In another interview given to CoinDeskTV two months ago, Hsu added that the ever-evolving nature of cryptocurrencies is not something one would want out of stablecoins. Hsu said that you would want your money to be reliable and stable. You would want the same in good times as well as in bad times, while not having to think about it constantly. If you are highly innovative in the given space, you will obtain a wide range of outcomes.

As far as the Forum is concerned, Hsu referred to the broader crypto market as quite exciting, and added that the market is responsible for presenting a wide spectrum of opportunities for financial institutions and banks. He also noted that the overall risks, the pace of modifications, and the general lack of standards as well as controls in the crypto market recommend that a careful and cautious approach is warranted.

The biggest risk as perceived by Hsu is the overall potential of running on cryptocurrencies that are similar to the one that was driven by Bear Stearns in 2008. It was a run that he observed first-hand from different positions at the Securities and Exchange Commissions & the Treasury Department. He offered details on how things will end up in the case that buyers lose faith in stablecoins and instead redeem tokens for fiat.

So what is this all about? One potential answer could be that he is elbowing his way into the major fight between the CFTC (Commodity Futures Trading Commission) and the SEC over who will be getting control now that congress is ultimately getting concerned about regulation of the crypto market.

It is possible to understand that runs will turn out to be damaging in the fact that they do not discriminate between individuals deserving to bear losses and those that are innocent. In the given context, he added that it was especially a true reflection of the banks in 2008.

Hsu added that a stablecoin run will not directly impact those who might have invested in them. There would be some form of collateral damage, which will continue growing as long as the crypto market continues expanding. Thankfully, he added, there will be an effective tool towards mitigating the risks –including bank regulation and others. It would ultimately offer credibility to the stable aspect of stablecoins. It would offer investors confidence that even in times of crisis, reserves will be present there. It would be ultimately examined and overseen by bank supervisors and even backstopped by the central bank.

This is wherein Hsu will be working upon his innovations. He even argued that the regulation of stablecoin issuers in the form of banks would enable more innovation in crypto. It would make the given innovations more durable. He added that as innovations will be thriving in uncertain environments, strong foundations can be helpful –particularly when it comes to trust and money.

A wave of cases related to crypto enforcement will involve successful crypto companies in the United States of America and the opening salvo from the United States regulators that try to ensure grips with the immense growth of the DeFi and crypto ecosystem. The respective enforcement actions are paired with a dedicated stablecoin report offering the recommendation that Congress will take action towards requiring stablecoin issuers to the institutions of insured depository or banks. It also suggests forthcoming actions from the respective bank regulators for defending the regulatory perimeter.