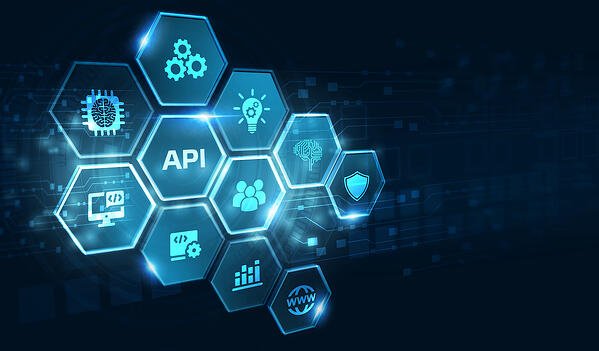 Noname Security –a pioneering API-based security company, has recently announced that it has managed to secure around $135 million in the Series C funding with a valuation of $1 Billion. Lightspeed and Georgian accelerated the round of funding. The funding also witnessed impactful participation from all existing investors –featuring Next47, Cyber stars, The Syndicate Group, Forgepoint, and Insight Partners.

The all-new investment will be funding the overall global expansion of the R&D teams and go-to-market of Noname Security. The company has raised as much as $220 million in financing to date. Therefore, Noname Security has become one of the rapidly growing and expanding cybersecurity companies in the modern era. It also serves as the first-ever API company to achieve unicorn status.

Since its launch, in 12 months, Noname Security has been successful in achieving the following milestones:

The overall surge in adoption by Noname Security is due to its proactive approach towards API security across the entire software development lifecycle. Compared to most other available solutions today, it relies entirely on traffic analysis to highlight active attacks. Noname Security aims to analyze code, traffic, and configuration to identify the broadest set of API vulnerabilities. In addition, it includes design flaws and misconfigurations.

A report from IBM Security X-Force put forth that 2/3rd of cloud breaches are due to misconfigured APIs (Application Programming Interfaces). The problem was recognized as one of the most common gateways for any compromise.

Oz Golan – CEO and Co-founder of Noname Security, explains that enterprises across different industry verticals are witnessing significant digitization. This has accelerated the overall adoption of thousands of all-new APIs along with the crucial requirement of securing them for businesses globally. He added that with Georgian’s backing and the existing investors, the company would continue expanding the industry-wide technology for helping its customers mitigate the overall risks of API deployment.

During the last year, Noname Security has managed to overtake other API security providers in the industry with API testing, runtime security, and API posture management. Until now, Noname Security has come across and resolved the problem of misconfigured APIs leading to data leakage of many sensitive data records. The platform can also block more than 1000 attacks every day throughout its customer base.

The partnership of Georgian with Noname Security

Michael Robinson, Lead Investor, Georgian, explains that the company is quite excited about its partnership with the innovative team of experts at Noname Security. This is because the team remains differentiated in its proactive approach and technology concerning API security. Moreover, Noname Security also continues solving the market’s unresolved needs and resolving the ever-growing market challenges.

The investment is a testament to the fantastic opportunity for shaping the future of API Security –a significant component in ensuring modern digital transformation. Georgian takes pride in supporting the next phase of the rapid growth of Noname Security while collaborating with the Data Science team of the company to expedite the technical differentiation of Noname Security further.

The partnership of Lightspeed with Noname Security

Guru Chahal, Lightspeed, added that being an early investor in Noname Security, the company understands that its founders Shay Levi and Oz Golan are committed to solving a major problem growing at an exponential rate. In addition, with the ever-growing API complexity, the platform of Noname Security allows organizations to identify and secure APIs in a manner that was not possible a year prior. Therefore, Lightspeed remains excited about continuing to work with Noname.

Most similar solutions available in the market today only emphasize runtime attacks. On the other hand, Noname and its solutions can identify and eliminate attack characteristics before a major attack happens. Moreover, the solution aims to test APIs for core vulnerabilities across the entire lifecycle actively. It also helps in preventing real-time attacks. The holistic view followed by Noname Security for API security is brand-new. CISOs and the respective teams have searched to protect the ever-growing API attack surface.

Noname Security is the one-and-only company that follows a comprehensive and proactive approach to ensuring API security. The company works with around 20 percent of the leading Fortune 500 companies globally. It is responsible for covering the entire scope of advanced API security across three major pillars –Secure API SDLC, Runtime Security, and Posture Management. Noname Security has a private holding. Moreover, it is a remote-first organization headquartered in Palo Alto, California. There are offices in London and Tel Aviv as well.

Georgian is a well-known fintech company. It invests primarily in high-growth software organizations reliably harnessing the potential of data. At Georgian, its team is building a platform for providing optimum experiences of growth capital to CEOs and the subsequent teams of the software company. The platform of Georgian is designed to spot and expedite the best-available growth-stage software firms by ensuring an intelligent and data-first approach. The approach aims to resolve the core challenges that CEOs face while growing their businesses. Georgian is based in Toronto. Its team aims at bringing together machine learning specialists, software entrepreneurs, investment professionals, and experienced operators.