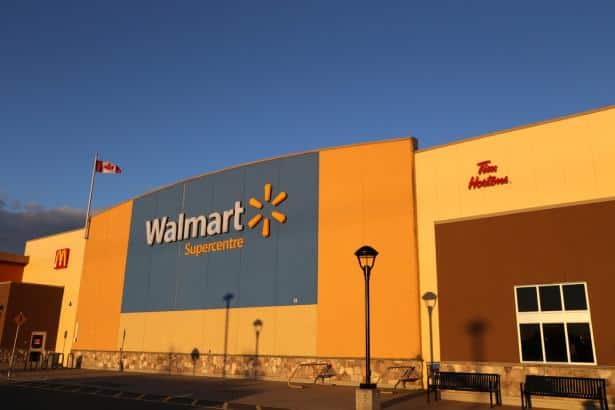 Customers of the popular US retail chain will be able to buy Bitcoins (BTC) at its storefronts starting this week, according to the company. For the time being, the Coinstar company’s service will only be available at a few chosen Walmart locations across the United States and Canada.

A partnership between the Coinme cryptocurrency exchange and the ATM operator was formed for this Bitcoin initiative. The Coinme exchange is a service that allows customers to buy and store bitcoins. Immediately following the announcement of the partnership, Coinstar stated that its clients would be capable of converting US dollars (USD) to Bitcoin.

For over two decades, the organization has been well-known for allowing consumers to swap actual pennies for gift cards.

In the case of Coinstar gift cards, they serve as virtual wallets from where you can withdraw cash or make purchases. The corporation receives and handles approximately $43 billion in payments each year for this service.

Approximately 4,700 of the 20,000 Coinstar ATMs that have been installed across the world are placed in Walmart stores. This Bitcoin pilot operation will start with 200 ATMs, which will be expanded over time.

Despite the fact that Bitcoin ATMs are nothing new, even in supermarkets, according to Sam Doctor, the significance of the Coinstar and Coinme announcement is that “Walmart broadens access to Bitcoin to more people that give it more legitimacy among skeptics, should they choose to implement it beyond an initial pilot.”

The introduction of two Bitcoin exchange-traded funds (ETFs) coincided with the cryptocurrency’s reaching a new all-time high. As a result, the cryptocurrency has earned widespread praise on Wall Street and in Washington.

If the trial is successful and Walmart consumers begin to use Coinstar ATMs to convert their cash into Bitcoin, the number of Coinstar ATMs will expand to approximately 8,000 in total, according to the company.

Why Should You Be Concerned?

Regardless of the fact that some other cryptocurrencies, such as Ethereum and Tether, rank higher than Bitcoin in terms of payment acceptance, the use of Bitcoin as a payment instrument is growing.

The adoption of bitcoin (BTC) in the United States market is moving forward without interruption as regulators and investors assess its merits.

In part as a result of the COVID epidemic, the bitcoin ATM sector is growing at a quick pace. Coinstar planned in 2020 to greatly expand its existing network of 3500 Coinme BTMs in response to a surge in demand.

Recent developments include the addition of 300 bitcoin ATMs at Fresco y Más, Harveys, Winn-Dixie and other grocery chains around Florida by Coinstar, which began offering bitcoin-buying services in partnership with Coinme in early 2019.

Walmart, on the other hand, has long been regarded as the key establishment in the effort to bring cryptocurrency financial services into the mainstream – even if the 200 machine experiment is pocket change for a corporation that has 4,700 shops and boasts a market capitalization in excess of $409 billion.

As Seth Sattler, regulatory director of BTM provider DigitalMint, points out, while large-scale BTM implementations could be beneficial for adoption, there are worries regarding money laundering.

He believes this is due to the fact that some crypto ATM operators turn a blind eye to the relatively high degree of unlawful activity attracted by the machines, according to him. Money mules, human traffickers, and other types of scammers are included in this category.

“DigitalMint has rejected and returned $5 million in fraudulent transactions to victims over the past 18 months,” said Sattler, who is also the main contributor to the Cryptocurrency Compliance Cooperative, which was recently convened. “DigitalMint accounts for only 5 percent of total BTM transaction volume,” he added.

According to Sattler, “large retailers need to completely comprehend the vendor they’re getting into a partnership with and what that organization is doing to manage risk before they commit.”

Fast Processing Speed: Do you like to send or receive coins in a shorter amount of time? If you answered yes, these ATMs might be able to assist you with the same. Almost every transaction may be completed in a few minutes or less. Many consumers frequently express dissatisfaction with the pace at which cryptocurrency transactions are completed. Because of verification and other factors, the entire procedure takes a significant amount of time. You can avoid this by using automated teller machines (ATMs) that are specifically built for this coin. One of the most major benefits of utilizing them is the incredible speed that it delivers to their consumers.

Various countries have distinct versions of this product: You don’t have to be concerned about whether or not these automatic vending machines are located in your geographic location. It is likely that they are already in use in more than 60 nations, with the number expected to grow in the future. As the number of bitcoin installations continues to expand, more people will become interested in making bitcoin investments. As a result, their popularity will continue to expand over time throughout the world.

Getting Money Out of the Country is Simple: When going to a different country or region, one of the challenges people confront is translating their own currency into a foreign currency. You won’t have to go to a currency exchange to convert your bitcoins into other currencies, and the only thing you have to do is hunt for these ATMs and use them to exchange your digital currencies for real money.

Increased security: High security is provided by the fact that there is no involvement of a third party while using ATM machines. Your digital currencies are therefore safer with them, and no one can take full advantage of you in this manner. A greater number of people will get interested in dealing with them when there is outstanding security.

Easy-to-Use: ATMs are comfortable to use, even if you are new to the world of virtual money and are not familiar with how to buy and sell them. You do not need to visit cryptocurrency exchanges in order to begin the trading procedure in cryptocurrencies. In addition, there is a lengthy process to go through, such as authentication of the owner and other procedures. Automated teller machines, on the other hand, are more familiar and comfortable for most people.

High transaction fees: Although bitcoin ATMs are convenient, you must pay transaction fees to the operators in order to use them. It is possible that the amount is greater than usual, and you could think it’s a lot of money. The easiest answer to this problem is to conduct an extensive study before selecting an automated teller machine. Otherwise, you may end up squandering your hard-earned money in this manner.

There are several areas where this service is not available: Indeed, the number of ATMs being installed is expanding on a daily basis. However, it’s likely that they aren’t available in your particular location, and as a result, you won’t be able to use them in the end.

There are numerous technical difficulties: One further drawback of using automated teller machines for cryptocurrency transactions is that technical difficulties are frequently encountered. It is possible that you will be unable to complete processes as a result of these issues. Additionally, there is a significant probability that your transactions and personal data will be compromised. It’s important to remember that this technology is quite new, and it will improve with time, but for the time being, it is still not great as of now.

What Is the Security of Bitcoin ATMs?

Because of the anonymous character of cryptocurrency transactions, the nefarious activities with which they are affiliated, and the widespread hacking, one has to doubt the security of Bitcoin ATMs.

Is it possible to be cryptojacked while purchasing or selling cryptocurrency? Is it possible to hack into the unit? To address your question, a major goal of installing ATM machines is to enable the unbanked and other cryptocurrency enthusiasts to buy cryptocurrencies and accept transactions in a secure manner. As a result, you’re more likely to encounter them districts and shops that are frequented by people who can benefit from a decentralized currency that is difficult to track. Consequently, if the crime rate in those regions is high, ATM users should have good reason to be concerned about their safety.