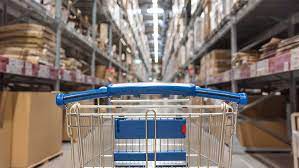 From different gathered data, it is clear that the pandemic affected businesses’ sales and general revenue across the globe. Firms that operate physical stores were hit particularly hard – the restrictions on movement hampered the influx of buyers.

However, as the restrictions are gradually lifted, and in-store shopping is restored, these businesses are beginning to excel again. For a store like Costco, revenue has increased significantly, as its current financial record reveals. The season discounts, both in-store and online, boost sales further. Let’s learn more about the recent rise in Costco earnings.

Costco revealed a substantial increase in sales in its most recent income report, seeing more customers stream into stores toward the beginning of the Christmas season alongside an ascent in internet business buys.

Membership fees from the subscription-based business increased income significantly, making it up to $50.36 for the 12-week time frame. As Refinitiv indicated, $50.36 for the 12 weeks is way above Wall Street’s gauge of $49.6 billion.

Although, according to Reuters, Costco’s supply chain isn’t as excellent as probably expected.  Supply chain difficulties continue, including a truck driver shortage and still-congested ports, which have caused delays, mainly seasonal items.

However, Costco has always been known for buying in volumes. And, although the US has been experiencing rising inflation, its bulk purchase has given it gigantic influence in purchasing power. The organization has left its imprint by offering discounted costs to clients.

The company is not ignoring these challenges; instead, it has tried its best to deal with them. Things like the use of air freight and ordering products far ahead of time are now more pronounced. Also, the retailer has been employing strategies to ensure continuous availability of inventory to meet consumer demand for the holiday shopping season.

At the same time, as it pertains to the pandemic, fewer restrictions, as well as availability of vaccines, have encouraged in-store purchases. People can now go to Costco freely (at least compared to before) to make their purchases.

Due to another new development, rising inflation, causing a spike in the prices of goods in some states, shoppers are anticipated Costco would soon join the trend. To answer these concerns, their CFO Galanti gave his opinion:

“We have always adopted the position that we want to be the last to raise prices and first to lower prices.” This indicates the possibility of a hike in the price of certain goods, while others decrease for different reasons. Concerning whether the membership fees will rise, he said he doesn’t see that happening soon.

In the interim, more customers are making a beeline for Costco for merchandise as pandemic limitations fade and seasonal shopping is going all out. The chain has likewise seen a striking expansion in Internet sales, up 13.3% on the quarter.

Even though Galanti didn’t address Costco’s web-based development plans on Thursday, online business has soared recently. This can be just what investors need to see before they flock to Costco.

Costco isn’t known for its web-based business, yet last week, Berkshire Hathaway, vice chairman Charlie Munger said the company could turn into a “huge Internet player.” This is likely not a good sign for the online retail giant Amazon in years to come.

According to Munger on Friday, “Amazon may have more to fear from Costco in terms of retailing than the reverse. Costco has the potential to become an e-commerce giant.  Customers trust Costco, and they have enormous purchasing power.”

However, Costco was one of the organizations that succumbed to a potential data breach this year. In November, the organization notified its customers that their payment data might have been accessed by a skimmer

The firm discovered the skimming gadget during a standard workforce check, after which it removed the device and the alarmed law enforcement agencies. No one can exactly tell whether the fraudsters obtained customers’ data or not.

But, in any case, the management still advises its customers to take extra caution this season. Each of them should keep an eye on bank and credit card statements for unexpected transactions they didn’t authorize. They should quickly report any such unauthorized activity.

With in-store shopping revived, Costco has made significant income within the past few months. Amazingly, this is beyond the expectations and predictions of financial analysts.

Things seem to be working favorably for the company as it has also recorded a boost in its online sales compared to the past. According to some analysts, it may only take a few years for Costco to be a threat to the legendary Amazon.