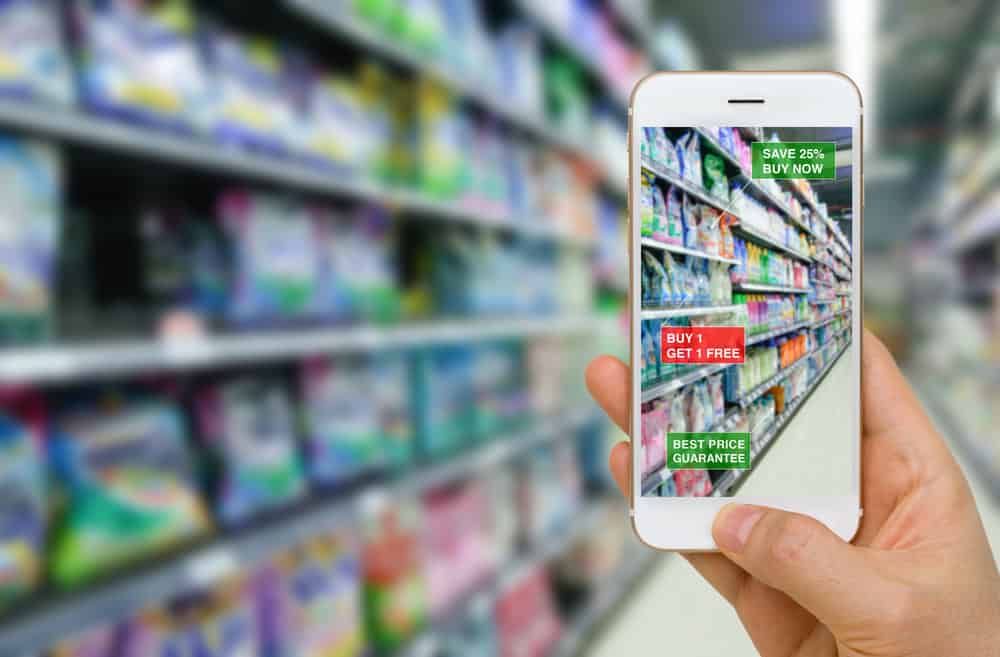 RETAILAMZN vs. WMT – Why People Now Spend More at Amazon Than at Walmart?

The battle between Amazon and Walmart continues as both eCommerce stores keep launching innovative products to build audiences’ engagement. Amazon is expanding its services across international borders. This giant retailer is competing with UPS and FedEx to become one of the leaders in the retail industry in the world.

Even though its services are not exactly replicating those offered by UPS, Amazon has been supplying 72% of its own products. The retailer started a $1.5 million Air Hub in Kentucky in August 2021 and confirmed that it was all set to expand the same-day delivery operations to the six new towns. They have recently started the last-mile delivery centers in Maryland and Virginia to fulfill the growing demand for same-day delivery services.

Amazon’s multi-channel service is already quite popular among merchants since it covers packaging and shipping services. Currently, Amazon is a large network of over 400,000 drivers, 70 airplanes, more than 30,000 vans, and 40,000 trucks. The figures suggest the success the company has achieved in the past few years and how fast it is growing worldwide.

Walmart, on the other hand, launched the last-mile services in August 2021 in the United States to help small retailers supply their products locally and allow customers to enjoy hassle-free delivery services. The company had opened these last-mile delivery services to cater to the growing demand for the prompt delivery in the States. Walmart GoLocal launched in the US as the company’s effort to increase its sales and satisfy customers relying on same-day delivery. Their delivery services cover approximately 70% of the State’s population currently. The company is expected to grow since Walmart has started investing more in the latest delivery technology, such as drones and fulfillment centers, to cover the entire US population.

The surging demand for online shopping due to the COVID pandemic has made Amazon and Walmart the go-to shopping centers for buyers. Amazon reported sales of over $610 billion in the last 12 months, ending in June. Walmart also reported sales of $566 billion for 12 months, ending in July. Walmart, Alibaba, and many other eCommerce giants have implemented the latest technology and launched innovative solutions to outperform other online retailers.

Despite the never-ending competition, Amazon is still one of the popular and leading online retailers globally. The company’s doorstep delivery services and super fast delivery options (the same-day delivery) initially encouraged people to join the online shopping world. Besides, a large volume of products in different categories allowed people to select from a vast range of goods. That drew people’s attention, and as a result, they have continued using Amazon ever since. The customer-centric services and a wide selection of products are two crucial things that have made Jeff Bezos, the founder of this retail giant, one of the wealthiest people in the world.

On the basis of revenue, Amazon has outperformed Walmart. However, the $610 billion sales include the revenues generated by the third-party sellers on Amazon. The company reports only the fees charged to the customers as its total revenue, excluding the actual revenues generated from its merchandise sales.

Amazon became the first retailer to have outsold Walmart since 1990, which is quite a significant achievement for Amazon. The company has more than 2 million third-party merchants offering their products on Amazon, which is much better than the 100,000 sellers on Walmart. The sales for both platforms jumped during the COVID pandemic all over the world. However, it was Amazon that outperformed all the retail giants in the industry. Walmart reported a high sale, but it was not as much as Amazon’s sales and revenues.

Which Company Won the Battle of Dominance in the eCommerce Industry?

However, Walmart won the battle between Amazon Stock and Walmart Stock, as the company reported a gain of 4.35% for the year. On the other hand, Amazon Stocks witnessed a growth of 2.5% in the same timeframe. The above stats clearly suggest the neck-to-neck competition between Amazon and Walmart.

While people are shifting to Amazon for online shopping, Walmart still secures a top rank in the world’s popular eCommerce stores. Both companies enjoy unique perks, for instance, Walmart has the largest number of outlets with a vast majority of Americans living within 10 miles from the retail outlet. Amazon owns 40% of the total eCommerce retail market. So, both are performing well in the retail industries, however, Amazon wins the competition when it comes to revenues and sales. The company has done a tremendous job at supplying goods to people during the pandemic.

While Walmart did witness a growth in its sales volume and revenues in the previous year, its growth was nothing compared to that of Amazon. Walmart reported an increase in its sales by $24 billion the previous year. For Amazon, the figure has crossed $200 billion (for the same period). Numbers, however, are used as rough figures. Analysts also need to calculate the total sales on Amazon, since Amazon is a network of hundreds of thousands of merchants that offer an extensive range of goods to the public. The company only reports the fees generated from each transaction. Approx 56% of the goods sold on the platform are owned by third-party sellers.

Walmart and Amazon are two popular eCommerce retailers that have witnessed unexpected growth during and after the pandemic. Since more and more people have moved to the online shopping trend, these giant retailers have made a significant impact on the retail industry. As far as the sales and revenues are concerned, Amazon has given a better performance than Walmart. The company has opened many warehouses, delivery stations, and has employed a large number of personnel to cater to the customers’ rising demand for fast delivery.