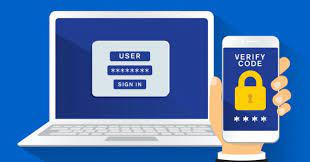 Google had announced that it would enroll as many Google users to the two-factor authentication security as possible by the end of this year. They decided to make it a default program.

In October 2021, it stated that the plan was to get more than 150 million users protected by the 2FA, reminding people of Google’s security goals since it is Cybersecurity Awareness Month. Within the next two months, a vast majority of Google users will be automatically enrolled in this new security program. In fact, Android Police has got reports that suggest Google has already started working on its new security campaign and is enrolling people in the two-factor authentication service automatically.

The 2FA system was in place much before Google’s announcement of making it a default setting. Earlier, it was a choice. People were allowed to sign up for 2FA, but it was not compulsory. However, people did not sign up for this system voluntarily. A 2018 report showed that only 10% of Google’s active users had the two-factor authentication system activated on their accounts. Since then Google has been requesting its users to enable the 2FA for the best protection.

Out of 150 million accounts, Google has deployed the auto-enrolling system for only those accounts with a backup. Only users with a backup email address of a phone number that can be used for recovering a forgotten password will be auto-enrolled in the two-factor authentication.

The 2FA System: What is it and How Does it Protect Your Google Account?

The two-factor authentication is a safety program that asks users to submit additional information to confirm their identity before they are logged into their Google accounts. The 2FA security model is implemented by many social networking sites and other eCommerce stores to prevent hackers from getting unauthorized access to someone’s Google account.

Users can enter their mobile number where a confirmation for a sign-in attempt is sent. The user has to enter their login details, including password and the confirmation code from their mobile to access their Google account. A USB stick can also be used for 2FA. This means the login data will not be enough to sign in to your Google account anymore.

Details on the Google Support Page

You can find the details of the auto-enrollment process on the Google support page. The company has mentioned that each user flagged for the two-factor authentication will receive a notification a week before the rule is enforced. The notification will be sent via email. This, however, does not include companies that have purchased Google Workspace account. It is up to the administrator of the organization to decide if they should enable this security system for their Google accounts.

YouTube had also made the two-factor authentication system compulsory for the partner-level content creators recently. The support page also states that Google has currently allowed auto-enrollment for two-factor authentication, but it will become a two-step verification soon, making it mandatory for every user to verify their identity with additional details.

Google has teamed up with many IT companies to launch over 10,000 hardware keys annually. Another security tool that helps Google users remember their passwords is the Password Manager. The tool is designed to verify more than a billion passwords every day. The company has confirmed that this password manager will soon allow people to get passwords for other mobile apps too. It will be easier for people to get passwords for every mobile app from the Google App Menu.

On Android devices, the two-factor authentication system is integrated into the devices using Google Prompt. When you try to sign in to a Google account, a pop-up menu with “yes” or “no” appears on your screen. It saves you the time and hassle of entering the code every time you log into your Google account. The iOS users can use the physical security key or get a prompt request via their Gmail app or Google Smart Lock app.

Why is it Necessary?

More and more online channels are embracing the two-factor authentication protocols to guarantee maximum protection to their users. Google has also taken the initiative to make this search engine a safe place for individuals and businesses.

Two-factor authentication offers a way to protect your accounts from hacking and phishing attempts. Even if your password is leaked or a hacker finds out your login credentials, you can rest assured that they will never get access to your Google accounts until they use the physical key or the security code sent to your mobile.

Google had also launched the latest Chrome version earlier, which came with 19 security updates. One of these features was the payment confirmation option. Hopefully, by the end of 2021, we will see millions of Google accounts secured with the 2FA security system.