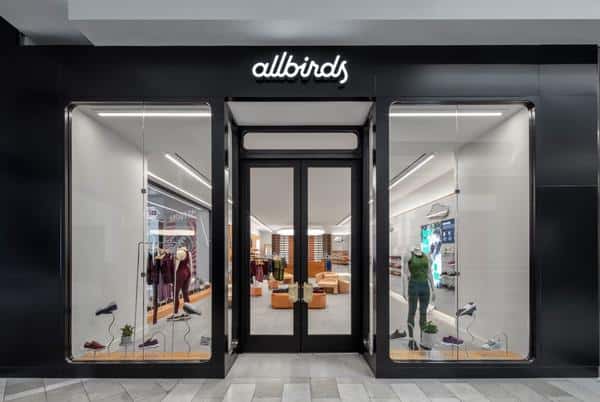 The shares of Allbirds, the famous shoemaker, have seen a surge of 90%, as the company’s valuation has reached $4.1 billion. Allbirds is popular for its woolen sneakers, as well as, slip-on. Nike and Dick’s Sporting Goods, on the other hand, have decided to collaborate to expand Nike’s footwear and apparel collection.

Allbirds Make a Debut on NASDAQ

On 3rd November, Allbirds made a debut on Nasdaq, a footwear company that is all set to turn into a public company. They had set the rate of $15 per share for its initial public offering (late Tuesday), which was higher than the expected $12 to $14 per piece they had decided earlier. The company’s debut was successful with over 20.2 million shares sold in the initial public offering, generating approx $300 million from the sales.

They raised the price per share after selling 19.2 million shares of $12-$14 before the public offering. At the end of the day, the prices went up to $28.64 per share. Allbirds has made it to the Nasdaq Exchange. The company’s goal is to draw the attention of the investors willing to work with companies that focus on sustainability and eco-friendly offerings. They have decided to go global to promote sustainability.

Joey Zwillinger, the co-founder and co-CEO of the company mentioned that the reason why they received a high demand for the shares is the investors’ growing concern about the planet. He believed that Allbirds’ sustainability campaign gave investors a golden opportunity to contribute to the environment.

Allbirds has 27 land-based stores currently, a number they are expecting to increase by hundreds. Zwillinger added that the company’s motive is to make and sell the best and trending shoes to customers. They are hoping that the financial part will be taken care of by the investors. They have also expanded their product line recently, adding socks and other sustainable accessories (in addition to the woolen sneakers).

Dick’s shares value surged after the company announced a partnership with Nike. This collaboration will give customers access to exclusive products and a seamless shopping experience. Now, customers can buy Nike’s shoes and clothes on Dick’s official website. This partnership will turn into a long-term relationship between the two apparel and footwear stores. They have also hinted at another major advantage of this collaboration. Hopefully, customers can now drop off and pick up their Nike’s online orders at Dick’s store.

Apparently, Nike does not want to continue working with the wholesalers, as the company has decided to sell more footwear to the customers directly. Like Adidas and Under Armor, Nike has also taken this step so it can keep maximum profits, selling its products at a higher price.

The company also sees it as a way to build a healthy and long-term relationship with its customers and understand their needs. The latest financial reports of Nike show that the wholesale stores accounted for around 61% of the company’s total footwear sales in 2021, down from 65% in 2020. The figures suggest that customers are now buying Nike’s footwear either from the land-based store or Nike’s website, instead of the wholesalers. While it is relying less on wholesalers, Nike is still counting on the retailers for ramping up its sales.

How Will the Nike’s and Dick’s Partnership Work?

Nike is also Dick’s largest seller accounting for 19% of the sales for Dick Sporting Goods. This partnership will open up many opportunities for Dick’s Sporting Goods as well. They can have a wide selection of footwear, not only the sports shoes but in other categories as well. Dick’s hope to become the customers’ one-stop destination for the latest sports gear and accessories. Dick has opened a new location in Rochester, New York to provide Nike a place to showcase its products. The company is planning to organize the events for the Nike members in its new location along with a sports shop in Tennessee. The CEO said that the company would employ an additional 9,000 workers to cater to the rising demand for sports footwear.

Lauren Hobart, the CEO of Dick, said that the company’s relationship with Nike has been a successful one for years. In fact, they have been working together for more than half a century now. The goals of both companies are to deliver a seamless user experience through their extensive collection of athlete apparel and footwear. Dick’s Sporting Good Inc. reported a 4.1% surge in its shares on Wednesday. Nike’s share also jumped 1.8% higher after this announcement. The companies call it a “connected partnership”, which will not only strengthen the bond between the two athlete companies but make a vast range of athlete products available to the public.