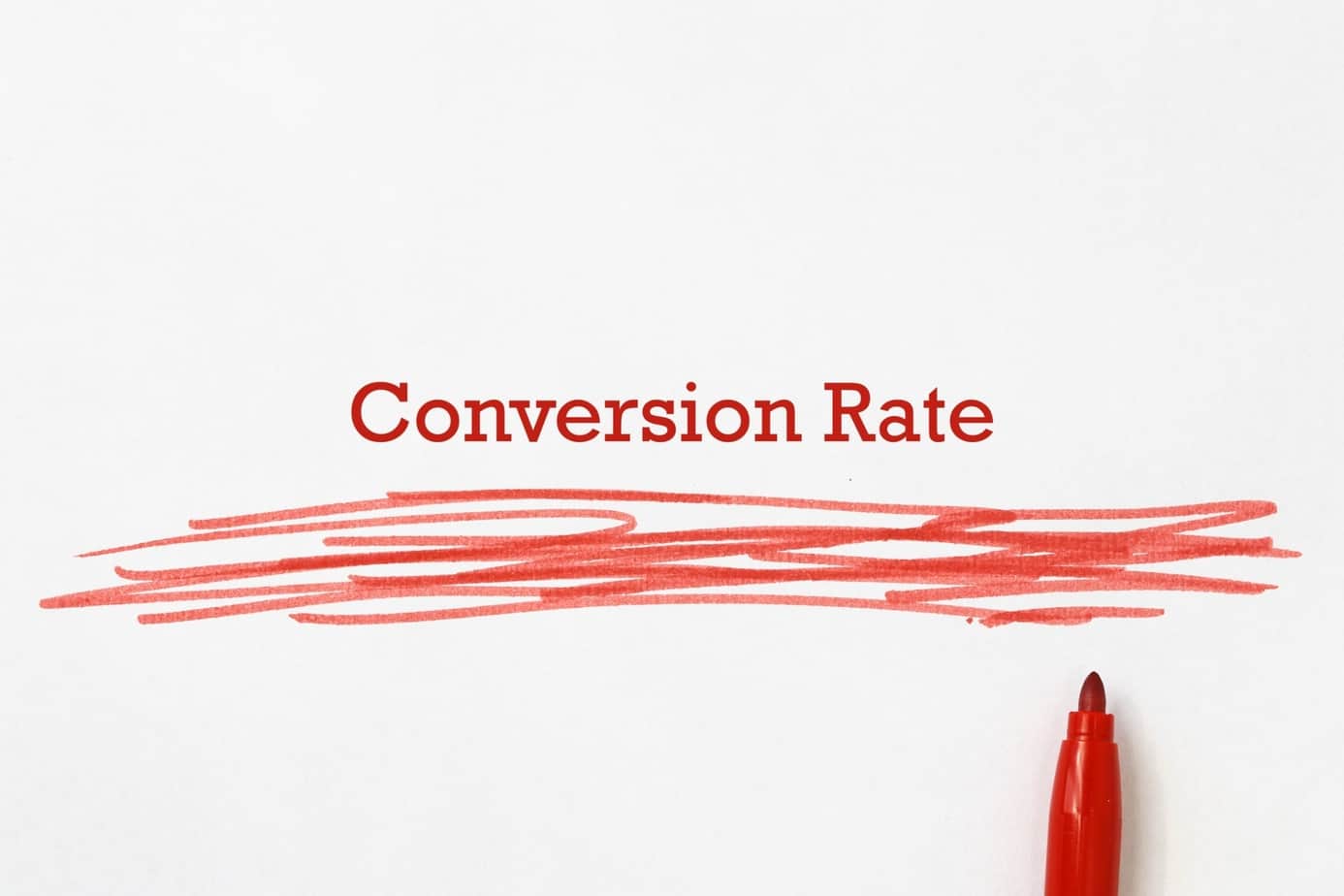 You might be tired of paying for ads to attract people to your store and watching them leave without buying anything. Yes, that can be very frustrating.

Many people ask themselves whether their conversion rate is optimal or simply good enough. Well, many factors will determine that question, for example, the product or category. It is not the same to sell cars as to sell clothes. To be clear, the conversion rate is given by the seller’s sales transactions divided by the number of people who viewed the item.

To know that, you first need to know what your conversion rate is, and you need to know the averages to compare those numbers to yours.

As stated above, you need to know the average rates compared to yours, and this way, be better informed. The average conversion rate from 2015 till 2020 for E-Commerce is about 2.63%. That means that around 2.63% of the people who view the product buy it. You might think this number is minimal, but in reality, it is quite a lot. However, as we will examine later, many factors will impact those numbers.

What is a reasonable conversion rate for your business?

There are a couple of things to look at. First, if your rate is improving, then it is a good one. However, all businesses are compared to their nearest competitor. While that is very important, you need to know something: the most crucial competitor to you, it’s you!

However, we will go through all the significant factors to understand your averages better, so you can analyze and see where these are standing.

First, a significant factor is the industry. It is not the same conversion rate when a child goes into a store to buy candy compared to when an adult goes into a website to buy a watch. For you to know, the average conversion for arts and crafts is at 4%, while the baby and child industry is at 0.7%, the lowest for all industries. Here are some of the industries you might be interested in:

Another factor you should take into consideration is the product type. This could determine your conversion rate significantly. So, if you think that you have low conversion rates, you might just be trying to sell a low-converting product.

Moreover, a factor that will significantly change your conversion rates is the country you are trying to sell in. For obvious reasons, it is not the same to sell a smartphone in Germany as in Thailand. Especially when it comes to E-commerce, there are populations more used to others, and there are populations that tend to buy more online instead of in an actual store.

Take this case: Germany has the highest conversion rates, averaging 2.2%, while Italy has the lowest average conversion rate of 1%. So, if you want to know if your conversion rates are reasonable, take a look at where your customer base is coming from. Having a 1.5% in Italy is good but having the same rate in Germany is not.

There is one factor that might be the most impactful in the data, and that is the traffic source. Traffic source refers to where your customer comes from. There are two sources: warm and cold. Warm sources refer to referrals or emails, and their conversion rates are way higher than cold sources, which refer to sources like paid advertising or social media.

Email and referral convert at 5.2% and 5.4%. The higher rates are mainly because traffic has already heard about you before going into your web page. Cold source traffic converts at 1.4%, which is not as bad as you think since it is pretty close to the overall E-Commerce average.

Also, it is not the same as which device is used when navigating through a webpage. Usually, web pages are better designed for laptops or computers, so people trust computers better than phones. It is not always the case, but it varies the conversion rates. The conversion rate for smartphones is 1.8%, while desktops’ rate is 3.9% on average.

You must know this; all these factors will influence your rates, so be sure to know all you need to know before saying that your rates are either good or bad.

It is vital to understand that conversion rates will not grow or decrease significantly overnight unless something catastrophic happens, which is not usually the case. Typically, the case is that you have to work hard to see some results constantly. You can do more with what you have, which is good; you always have room for improvement.

To sum up, the conversion rates will never be as reasonable as they can be, but you might as well try it. As I’ve said before, anyone in the business world is there to make money, and since you are interested in making it, conversion rates should be a significant concern. People who think that their conversion rates are optimal are wrong. They can always do better. So, if you feel like yours are good enough, there is probably something you can do to make those numbers rise. Considering all the factors and planning a good strategy can result in more revenue without spending much money on advertising.