Whenever you think of online order, Amazon is the first place you go. Amazon is a trusted name however they are also home to many third party sellers and it is not new to see entrepreneurs trying to take advantage of a major event. Whenever the demand for basic needs increases, some will try to exploit the conditions by marking up goods in a way that goes beyond the laws of supply and demand.

Amazon, an online retailer, has been criticized for not acting quickly enough to limit sellers who have charged hundreds of dollars for hand sanitizer, which is in high demand due to the coronavirus epidemic. As coronavirus spread, it led to an increase nationally in complaints about price increases. Many states have laws for price-gouging, but these laws vary. About 12 states do not have laws prohibiting price increases, although some of the state councils have introduced bills.

In the month of March, 32 government attorneys general insisted on the online giants Facebook, Amazon, eBay, Craigslist, and Walmart to closely monitor the price-raising practices of the third-party sellers dealing in online orders. This included examples of price increases in March, highlighting a 2-liter hand sanitizer bottle sold on Craigslist for $250, an eight-ounce hand sanitizer on the Facebook market listed for $40, and face mask packs on eBay sold for more than $50.  Similarly, Reuters 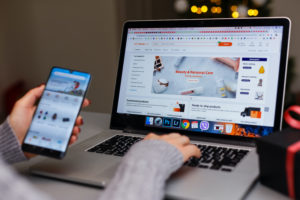 reported that in March, some of the Amazon sellers charged $400 or more for a pack of small bottles of Purell hand sanitizers. In April, California buyers filed a federal claim against Amazon for allegedly overcharging.

The lawsuit claimed that high demand products such as cold remedies and face masks showed an illegal increase in prices. Responding to criticism, a spokesperson said that Amazon had deleted more than 500,000 products and suspended around 4,000 accounts in the United States. Amazon has also provided information to government attorneys and federal lawyers on sellers suspected of placing high prices on products in high demand due to the coronavirus pandemic.

Amazon urged Congress on May 13th to pass laws prohibiting price increases in the event of a national emergency. The public policy vice president for Amazon said that each state has different laws regarding price increases. Establishing standards is a significant challenge for retailers who want to help law enforcement, protect consumers, and obey the law.

Amazon says that it can do a lot on its own and the inconsistent standards of the states bound its ability to suppress price hikes, while laws against price hikes in times of crisis are currently in about two-thirds of the United States. Not surprisingly, the legislation proposed by Amazon guarantees that only the party that sets the price, such as the third-party Amazon retailer, is responsible for the increase in prices, not Amazon that is facilitating online shopping. While the actions being taken might be a few months late, they can ultimately help consumers and prevent unscrupulous businesses from taking advantage of bad situations.