With few, sometimes no conditions, American Express salespeople not only offer these large payments, but they’re also offering discounted swipe fees to companies that agree to accept AmEx. While Visa and Mastercard may pay businesses to offset technology upgrades, sign-on bonuses with credit card companies were heretofore unheard of.

Known for its high-end clients, American Express had always stayed competitive by charging higher interchange fees. Businesses agreed to these fees as the price of doing business with AmEx customers known for spending more, but Visa and Mastercard’s reward cards lured the high-end crowd from AmEx, leaving the company with fewer big spenders using the card in addition to fewer merchants accepting the card.

Matching Visa and Mastercard in Merchants 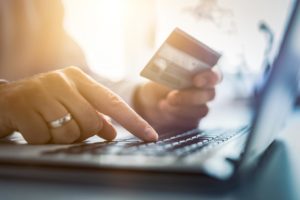 How AmEx Did It

Through its OptBlue program, American Express added most of its new merchants through third-party payment processors. Plus, internal sales people gave sign-on bonuses to more than 130 businesses since last year. Because AmEx both issues its cards, as well as operates the network on which the cards run, the company benefits from merchant acceptance on both sides of its business. With a 2016 pledge to reach Visa and Mastercard merchant numbers by 2019, American Express hopes to achieve higher billings and a larger scale of business.

If your business wants to explore accepting AmEx cards, Host Merchant Services can help you make a decision regarding AmEx or any other aspect of merchant service. We’ll explain everything so you can make an informed decision! We go out of our way to educate our customers so that they fully understand pricing for AmEx, as well as our pricing model in general. Having this knowledge is important to ensure you aren’t overpaying, not just with us but with any processor! After we explain everything, the pricing will be so transparent that you’ll even know exactly what we make as a profit. How’s that for transparency?!