The American Civil Liberties Union, or ACLU, has been defending individual rights and freedoms guaranteed by the Constitution, as well as by the laws of the United States of America for close to 100 years. Most recently, the ACLU turned its focus to cashless stores.

Reasons ACLU Says No to Cashless 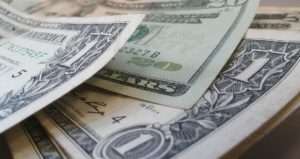 Consistent with the ACLU’s campaign to install privacy protections in the digital age, the civil liberties nonprofit addresses the anonymity of cash, but they also recognize the impact a cashless society would have on low-income, homeless, and undocumented people. In addition, the ACLU points out that a cashless trend negatively impacts small merchants who avoid credit card processing fees by doing a cash-only business or who offer cash discounts. Not to mention, the ACLU points out that cash always works while technology often lets us down, from technology failures to privacy and security breaches.

Cashless Bans Across the Country 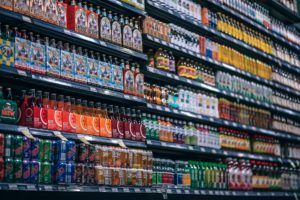 The ACLU’s robust statement is in response to the cashless trend, most notably Amazon’s backpedaling on only offering cashless and cashier-less convenience stores. In response to criticism, both Amazon and Sweetgreen, a salad chain, reversed their decisions to implement a cashless business. Beyond public sentiment, actual legislation outlawed cashless stores starting in 1978 when Massachusetts banned the practice. Current backlash moved New Jersey, as well as San Francisco and Philadelphia to do the same.

Cash prevents anyone from knowing anything about your purchases. With the convenience of credit cards comes the potential of the credit card company not only obtaining but leveraging data about you and your purchase. Cash does have its limits, specifically the limit of $10,000, which is the starting amount one must report to the government as a cash transaction.

Both low-income populations and large percentages of people of color are not “fully banked,” meaning they do not have a checking or savings account, barring them from the cashless society. Specifically, the ACLU points out, 6.5% of U.S. households have no checking or savings account while only 52% of Black people and 63% of Latino people have bank accounts. Plus, more than 18% of U.S. households have a bank account but still need to check cashing and payday loans.

Businesses can avoid backlash while simultaneously embracing cash-paying customers by adopting cash discount merchant services. With this model, merchants can offset service fees while avoiding an increase in prices by enrolling in a cash discount program. Unlike surcharging, which charges customers an extra fee for paying with a credit card, businesses can instead add a service fee to all customers while applying a discount equivalent to this service fee when customers pay by cash or check. This platform incentivizes the use of cash.

Businesses should carefully consider whether or not their customers would not appreciate a service fee added to their bill. Service-based industries, including auto shops, landscapers, and electricians are well-suited for the service fee. Ultimately, the business owner will know best if a cash discount will work for their business.