Google Pay and Apple Pay offer a convenient and secure way to pay for goods and services with nothing more than your smartphone. If it’s been awhile since you gave them much thought, you’ll be surprised to learn they are both accepted at thousands of stores from major retailers and websites to smaller businesses.  If you’re looking to accept apple pay for your business you can get started here.

Before you leave your wallet behind, it’s a good idea to double-check that the store will actually accept one of these payment options. Here’s how to easily find eligible stores for both payment systems.

Using Apple Pay
To use Apple Pay, you will simply need to hold your iPhone up to a wireless credit card machine at the store and use Touch ID to complete the transaction. You don’t need to launch the Wallet app or even wake up your iPhone — it will happen automatically when it’s in range of the wireless terminal – this is called contactless payments.

Apple Pay is accepted in so many places, it’s hard to maintain a complete list. You can use this payment system in boutique stores, hotels, grocery stores, retailers, many apps, and participating websites with supporting merchant services.

A sample of stores that accept the payment include:

The Apple Pay payment system is now accepted in 21 countries and it is supported by dozens of U.S. banks, credit unions, and credit card issuers.

Finding Stores That Accept Apple Pay
Unfortunately, locating stores near you that accept this payment system still isn’t straightforward. Aside from looking for the Apple icon on a drive-through or store window, there are two main options available.

The first is to open the Apple Maps app on your iPhone and searching for a store. After tapping on the store’s name, you can bring up more information. The Useful to Know section usually displays the Apple icon if the store accepts the payment method.

Another option is the Pay Finders app which uses crowd-sourced data from users of the payment system and information provided by business owners. You can view nearby stores on a map or search their database.

Finding Stores That Accept Google Pay
Google Pay has now replaced Android Pay which a redesigned app that makes it easier than ever to find stores nearby that let you checkout with your phone. Once you have cards added to your account, you can find nearby retailers from the Home tab of the app. When you reach the list of cards, pay attention to the last two.

The second-to-last card is an informational card with the NFC payment icon that allows you to use your phone as a digital wallet when Google Pay isn’t accepted. The last card is labeled “Use Google

Pay Nearby.” When you select this option, it will automatically show the three closest stores that accept the payment method. You can also choose “See More” for a longer list. The list will include everything from fast food chains and retailers to gas stations and grocery stores. 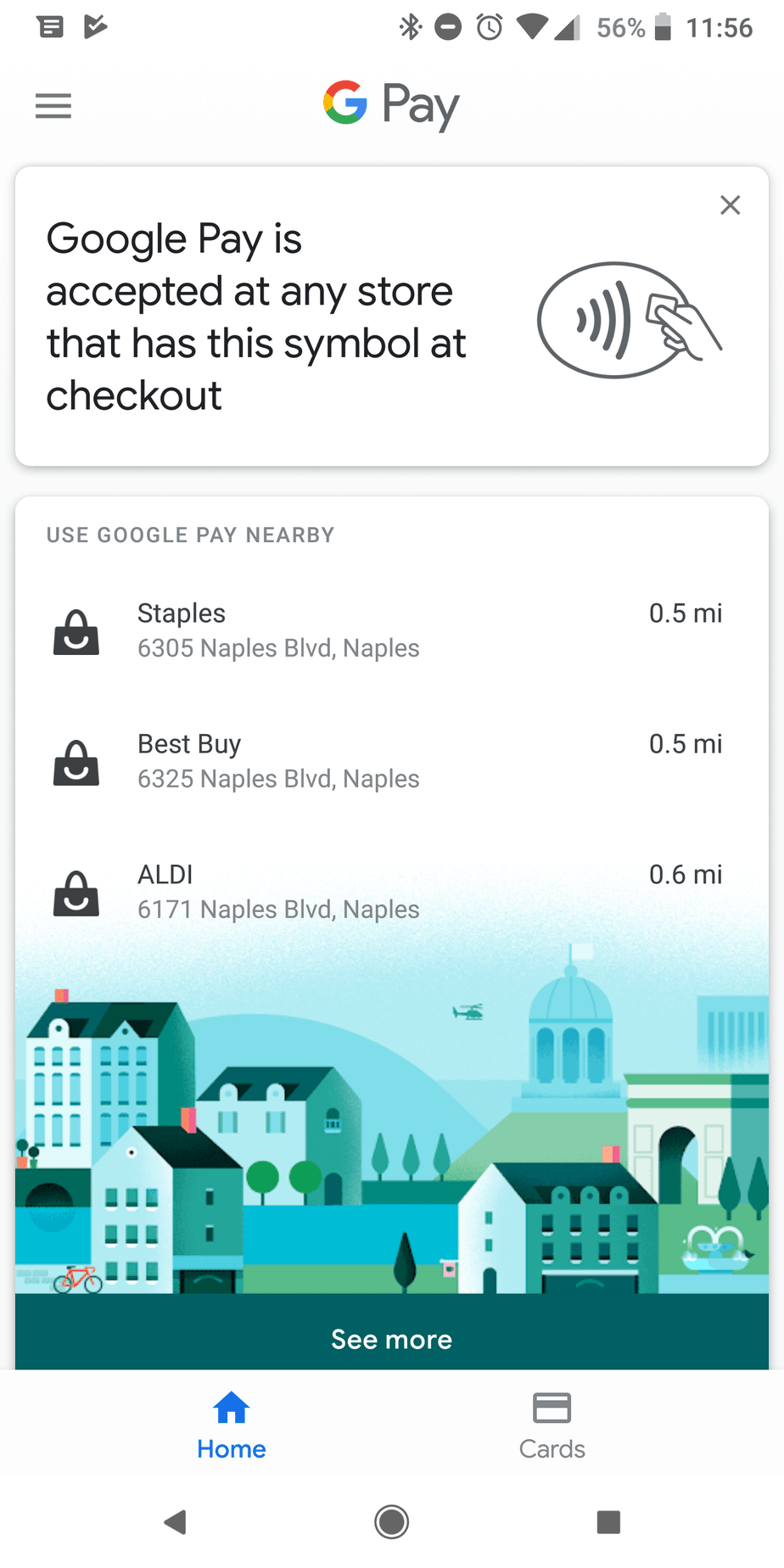 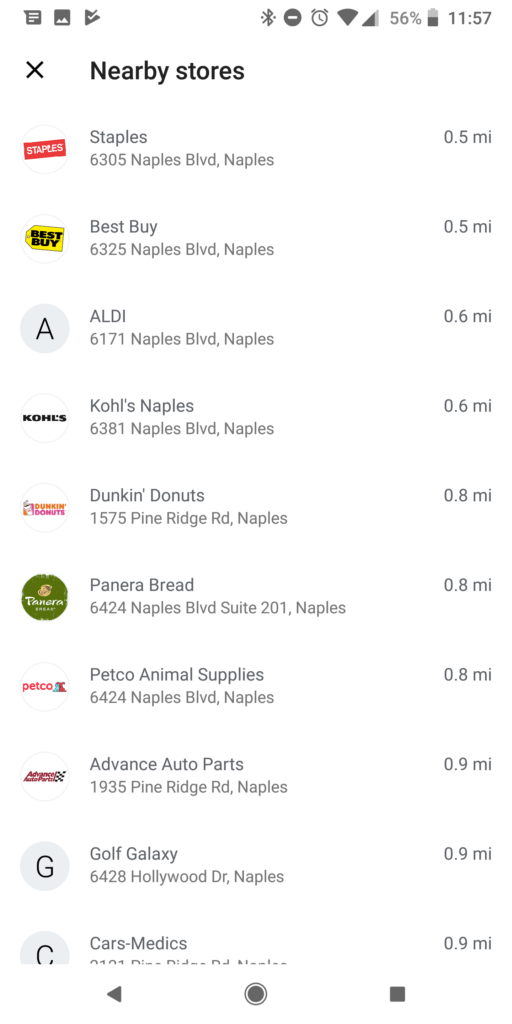