Walmart is Betting on Stronger Online Sales for 2018

In preparation for its annual investors conference, retail giant Walmart hinted at a future when the company will be a strong competitor to Amazon, the absolute global leader in online sales and ecommerce operations.

Investors reacted very positively to the news, which included a projection by Brett Briggs, Walmart’s Chief Financial Officer, who believes that the company will see an increase of 40 percent in online sales over the next two years. By the end of the press conference, Walmart’s stock had gained 4.5 amidst heavy trading.

Ecommerce has thus far been a hit-and-miss affair for Walmart, the most recognized American brand in terms of discount retail stores. The retail chain made a series of investments in digital assets around 2009 and 2010, but they did not work out as expected because they needed further development. At one point, Walmart was taking a lead in online sales of digital music, particular in the country and western genre; however, the company fell short of getting into the streaming revolution.

Now that the company has made its intention to increase its ecommerce footprint in the next two years, some analysts are 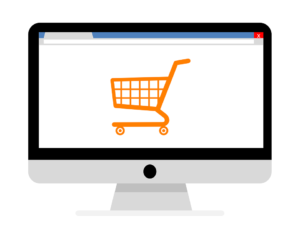 concerned about Walmart’s announcement as it relates to brick-and-mortar stores in the U.S. In 2018, the company will only expand by 10 Supercenters and 15 neighborhood stores; this is effectively a reduction by 50 percent compared to the current pace of expansion.

Walmart has a clear advantage in terms of its large network of stores around the country; as the company continues to expand its e-commerce offerings, customers will have the option of picking up their orders at a store near their homes, schools or jobs. This added convenience is something that Amazon had considered when it evaluated the acquisition of gourmet supermarket chain Whole Foods earlier this year.

The Arkansas-based company has also announced that it is working with Google and its smart home automation division to develop voice apps for the Google Home smart speaker. The search engine giant has been slow in catching up to Amazon, the current leader of the smart speaker segment. While Google was more concerned about making its Home speaker a control center for smart appliances, Amazon expanded the online shopping functionality of its Echo speaker. Now that owners of Google Home devices are able to order Walmart items with by means of voice commands, the e-commerce world is going to get more interesting and competitive.