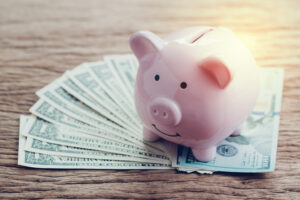 In this installment of the Official Merchant Services Blog, we look at the actions several retail trade groups and merchant advocates have taken to further the fight against the antitrust settlement proposed by Visa and MasterCard.  We have touched upon this subject several times before, however these steps may have been the most drastic yet.

In an open letter last week to leading members of congress, the National Retail Federation (NRF), the Retail Industry Leaders Association (RILA), and seven other large retail-related groups expressed their frustration with the pending litigation in the U.S. District Court for the Eastern District of New York, saying that the outcome could further “entrench the Visa/MasterCard duopoly.”

The groups called on congress to pay attention to the state court settlement, in an attempt to escalate the issue and garner attention from lawmakers and Americans.

The groups argue, “The proposed settlement, which was negotiated by Visa, MasterCard and lawyers purporting to represent the merchant community, is one-sided and preserves the very anti competitive actions that were the genesis of the lawsuits.”

“Given the important oversight role of Congress and your continued interest in this important issue, we write today to urge you to reject the false claims from the card networks and their representatives.” The letter also stated “The proposed settlement does nothing to resolve the failures in the electronic payment market and continued Congressional involvement in these issues is imperative. We look forward to keeping you fully informed as the legal process moves forward and the chorus of objections grows.”

RILA’s Brian Dodge described the problem retailers face, “Visa and MasterCard centrally set fees that are ultimately paid by merchants and collected by issuing banks. With two fee schedules imposed by two companies that control 70 percent of the marker there is no meaningful competition.”

The groups argue that the $7.2 billion dollar settlement is not the problem, even going so far as to accuse Visa and MasterCard of using the pending settlement exchanges as penitence for maintaining the status quo.

In a statement released in July, just after the settlement was announced Visa said it believes that the settlement is in the best interests of all parties involved. “This agreement should remove the distraction of litigation for all parties,” said Joshua R. Floum, general counsel of Visa Inc. “We will go forward with a focus on helping retailers grow their businesses and providing them with efficient and valuable payment options.”

On October 3rd, these retail and trade groups will appear before a court seeking to order the Federal Reserve Board to start over in devising regulations for implementing the controversial amendment’s provisions because the Fed allegedly did not follow the amendment’s dictates in setting the debit card rules now in place. The trade groups and retailers sued the Fed last November in an effort to start the rule-setting process anew. In a May filing, the plaintiffs said the board “manufactured ambiguity” in its interpretation of the amendment’s language. A Federal Reserve spokesperson would not comment about the upcoming hearing, although attorneys for the Fed said the board properly implemented the law’s directives regarding the authorization and settlement costs that could be considered in regulating debit card interchange, as well as which costs to exclude.

Retail groups continue to fight both the Interchange settlement and the Federal Reserve Boards Durbin rules.  There seems to be no end in sight for this case, and only time will tell if the Fed will be forced to reset its Durbin amendment rules and regulations and start anew.