Today’s installment of the Official Merchant Services Blog is on the rise of E-commerce in social media. Last week, we covered the E-commerce offerings of the video game industry in detail. Today, I’d like to take a look at the role E-commerce is beginning to play in the realm of Facebook, Twitter and other social media websites.

Social media sites have expanded rapidly over the last few years.  For those who don’t remember, Facebook started out as a place strictly for college level students to network. Now all-inclusive, Facebook is the world’s most populated social gaming and media platform with 955 million users worldwide.

Twitter is second with over 500 million users worldwide, LinkedIn is third with just about 175 million, and Google + trails all three with about 90 million. With such a massive user base to reach out to, an E-commerce presence is the next logical step, and as usual, Facebook is taking the lead. This article will focus on what Facebook has done to streamline the E-commerce aspect of social media.

It’s safe to say most Facebook users are familiar with the “Like” button and similarly, the “Like” pages. These pages describe the interests and activities of the user, offer updates to certain products and promotions, as well as allow users to share their thoughts on those products.

The end goal of any merchants Facebook “Like” page is the get the most number of “Likes” and subsequently the most number of page views and purchases of your particular product. The problem lies with differentiating potential customers from current ones. If someone “likes” a page for a product, they may already own it, be saving their money for that product, or just think its neat but don’t want or need it. As of right now, Facebook has no way to separate these users.

According to Facebook’s SEC Form Q-10, 1.6% of users spent over $1 billion on Virtual goods (accessories for virtual characters, tools in Farmville, etc) in the first six months of 2012. That is money spent on items never seen outside of the browser. If the market for non-tangible goods can be that lucrative, the market for actual goods Facebook users enjoy must be bigger.

Carol Rozwell, Vice President at the tech research firm Gartner had a call to action for merchants unsure of the potential for social media e-commerce.  “It’s crucial that organizations implement approaches to handling social media now. The effort involved in addressing social media commentary is not good cause to ignore relevant comments or solvable issues.” According to Gartner, although more than 50% of organizations track social media only 23% actually collect and analyze data.

In June, Facebook made a move to simplify mobile e-commerce payments by decreasing the number of steps involved in checking out, from seven individual steps to two, and eliminating the need to type. The Facebook mobile app SkyBucks, is another innovation in E-commerce, it allows you to charge your virtual accessories to your phone bill directly.

More recently, the social media giant rolled out an offer for stores using Shopify.  Since partnering, Facebook is now offering free $50 Facebook Ad credits. This is in addition to the credits from Google AdWords and Amazon Products that Shopify merchants already enjoy. The promotion is another step for Facebook in the E-commerce direction.

Above I identified a need Facebook had, the ability to discriminate between current and potential customers for their advertisers and business users. In early July, the Ecommerce Times had a story on Facebooks next big thing: The “want” button. 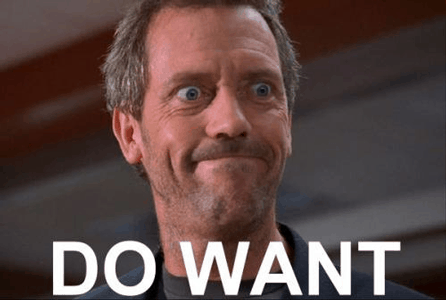 The button will allow users to create ‘wish list’ of products that they like or want, but do not currently have. Merchants will want to focus on who has marked their product as ‘wanted’ and who has not. The benefits of the “want” button go beyond sales. The button would allow for highly targeted marketing as well as a sharing of ‘wish lists’ between users. Ultimately the goal should be for the wish list to take its place among the social media landscape, along side a user’s general info and status updates.

To the average consumer and Facebook user, this should add to the ease of purchases that has increased recently. With the additional “want” info that the site will collect, you will be able to see what your friends and family want, add similar items to your personal wish list, and research potential gifts for you friends discretely. All of which add value to Facebook’s ever-increasing platform.

For merchants looking to expand on Facebook, the E-commerce addition will do wonders. The added marketing affects will help businesses increase name recognition and sales, while still connecting with the end user. It seems to me, that Facebooks E-commerce push will benefit all involved.