Today I’d like to take a moment to venture somewhat further afield than I usually do — and then bring it all back home to settle into some insight about E-Commerce. Primarily what I want to look at is the evolution of video games in the past couple of years and how things seem to be gravitating so much more toward E-Commerce friendly offerings while leaving Brick and Mortar video game retailers scrambling to keep up.

Just the other day, EA Games (Electronic Arts) released its financial results for the first quarter of this year and among the most eyebrow-raising statistics to come out of the figures was the breakdown of EA’s profits by platform. Of the three platforms for EA, PC delivered $276 million, the Xbox 360 $292 million and the PS3 $267 million. That means PC games eclipsed the Playstation 3 platform and made a strong bid to catch up to XBox 360 earnings.

PC’s strong showing can be tracked to increased revenues from digital sales. Which says a lot about how video games are changing in their format, evolving to suit consumer needs, and fully embracing the power of E-Commerce. This isn’t exactly a new trend, but it’s solid evidence of the paradigm shift that’s taken place. Video games are ingratiated into our culture these days. The FX Channel exists, and is extremely gamer-centric. People play things like Farmville online and let everyone they can know about their successes in their virtual farmland. Games like Halo and Call of Duty drive console game sales higher and higher. And PC games ranging from World of Warcraft to Minecraft take up large chunks of peoples’ time. 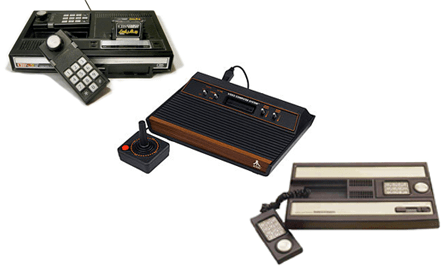 I’ve grown up with video games and am one of the first generations to pretty much be around them for my entire life. So developments like EA’s earnings statement tweak my interest. 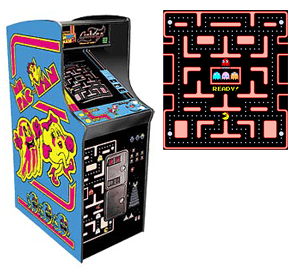 When I was young video gaming was primarily a cash business — quarters being slipped into the slots at the arcade. Ms. Pac-Man dominated and the industry was a booming example of how profitable consumers’ disposable cash can be. Console gaming eventually rose up to do battle with the arcade. Atari and its 2600, Colecovision, Intellivison bringing a world of square pixels to semi-virtual life before your eyes. This was my prime as a gamer. I peaked early, being one of the few who could beat Atari’s Raiders of the Lost Ark game that was roundly criticized for how unplayable it was (Spoiler Alert: You had to navigate yourself while using a parachute to break the chute on a branch at the proper angle of descent so you’d slide into the cave under the branch, then dig a hole with the shovel that most people never knew you needed. Yeah, I beat it with luck!) Then we get into Nintendo, Sega, and things ramp up quickly to the current PS3 vs. XBox wars that EA has situated itself comfortably between by making many of its titles accessible on both platforms.

This entire time, the video game market was dominated by a brick and mortar outlet. The arcade of my childhood was a place you went to. The EB Games store I bought Madden Football from was a store I had to visit. I started using pocket change to pay for games and ended up swiping a credit card through a machine, but it was always at a location.

Eventually the games stopped shipping boxes. You could buy the expansion directly from the gaming company. It would download directly to your machine. And your game would update. Then companies like Steam got involved. You could now buy games directly from their site and download them. No more going to a store to buy a game. Unless you still played console games. Though all of the most successful Brick and Mortar game shops were also offering their games through their online shopping center.

And the console platforms jumped in big-time, with downloadable content. XBox 360 demonstrates how readily acceptable this evolution has become, and this is why XBox 360 still outpaced PC games in EA’s earnings report. You subscribe to XBox’s “live” service, and you get access to apps and content. You can download new games, updates to games, as well as movies and television shows, all through your XBox.

My own personal example, last winter I ordered NBA2K12 through Gamestop’s online shopping center. Got the game, and downloaded roster updates through XBox live immediately. Then went and watched a movie on Netflix through my XBox. It’s all digital content available directly from your interface. This is growing in leaps and bounds with all gaming companies. PC Gaming’s healthy revenues for EA are because of digital content that is available.

What this means is that video games are now becoming something people purchase online, and download directly to their gaming system. It’s a 100% E-Commerce transaction. For credit card processors that means that cash is no longer involved in the competition for video gamers’ money. It’s quickly becoming all plastic all the time. 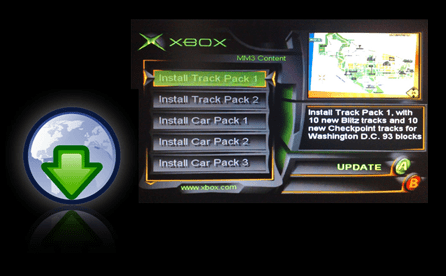 Another wrinkle added into this which impacts E-Commerce is the shift away from the subscription based model for those MMORPGs I mentioned above. This is also something revealed in the EA earnings report. Last year EA launched its MMORPG Star Wars: The Old Republic. It won a lot of gaming industry awards, and quickly announced it had over 1 million subscribers. It’s goal was to compete with World of Warcraft, Blizzard Entertainment’s MMORPG giant which had dominated that sector of gaming for years. Unfortunately, the subscription model is a dinosaur and not even the power of the Jedi Knights and their Midichlorian fueled lightsaber gimmicks could change this shift.

Freemium Models had been the new thing in MMORPGs. These were touted as “free to play” games. You purchase the game (though this cost tends to not be all that high since you can get a lot of these games very cheap on Steam for instance), and then you play it without a subscription fee. You then pay for things you want in the game — a common example is bag space to store all of the items and junk you pick up while playing — through micropayments. The game’s free for the basics, but you pay for premium additions. So say you want another bag to store more orc fangs in? You pay a couple of bucks and you get that bag. You want to play the new expansion with the new quest zone? You pay a few more bucks and that expansion is yours. You want a horse to go from place to place faster? You pay a few more bucks. Your game is free, but the stuff you want in the game or the new additions to your game, they all cost money.

This is the model that EA’s Star Wars: The Old Republic announced it was changing to with its earnings report. This effectively killed the only real subscription based MMO left besides World of Warcraft. And it’s not that surprising. The Freemium model makes money and keeps the games going strong. And it keeps getting adapted to the point that its being used in the Console Platform system as well. You can buy added content to many of the most popular XBox games being played right now. You have your XBox Live account, you pay some extra bucks for a new part of the Half-Life story or more stuff to do in Skyrim.

It’s where Video Games are headed. The arcade is dead. The stores selling boxes of games are almost dead. It’s all online and it’s all 100% completely tied in to e-commerce and credit card processing.

To answer an old goldfarmer’s joke from the comic strip VG Cats: “How I mine for fish?”

With a credit card and a microtransaction.