The news of this data breach hit on Friday and the weekend has seen some wild speculation tossed about. At first there were reports that a mere 50,000 cards were compromised. Then the media upped the number to 10,000,000. Today Global Payments and the media sources covering the story are reporting that the number is closer to 1.5 million cards.

The Story So Far …

The breach was first reported by blogger Brian Krebs at KrebsonSecurity.com. He said on Friday that Visa and MasterCard were alerting banks across the country about a recent major breach at a U.S.-based credit card processor. The first report cited as many as 10 million cards were compromised. By that afternoon Krebs revealed that the processor was Global Payments, and that the breach was discovered in early March 2012. Krebs cited the breach as occurring between January 21, 2012 and February 25, 2012. The alerts issued by Visa and MasterCard, according to Krebs, stated that Track 1 and Track 2 data was taken — which Krebs said meant that the information could be used to counterfeit new cards.

Then the media got more involved.

The Wall Street Journal followed up Krebs blogging with a story about the breach, making the news official. Global remained silent throughout the day, only confirming the report after the close of the markets and trading.

The rabid interest in the data breach sparked an interesting article by USAToday, which expanded on Krebs’ own reporting. Krebs stated that he had heard from his sources that investigators suspect Dominican street gangs were involved in the fraud, focusing mainly on commercial credit and debit card accounts. The article then cited Garnter banking security analyst Avivah Litan, who claimed that the breach involved a taxi and parking garage company in the New York City area. It was suggested that consumers who had paid for a NYC cab in the previous months using the new swipe technology might be victims of the breach and possible fraud. Litan also said she too had heard about a Central American gang connection. 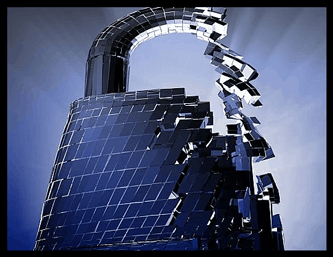 Finally Global Payments started talking. The breach was verified by Global. Paul Garcia, Global’s chairman and chief executive, said in a statement that the breach was reported by the company to the FBI — suggesting that the company promptly identified the breach and reported it to the authorities. They’ve now called it a “self-reported” breach. However, media sources do note that the news about the breach still had to be dragged out into the spotlight by Krebs and his blog.

However, the Green Sheet reported on Friday that Krebs had reported that PSCU Financial, a nonprofit cooperative credit union service organization, told its members 56,455 Visa and MasterCard accounts had been compromised, but fraud was found to have occurred in only 876 accounts so far.

Garcia stated that 1.5 million card numbers were compromised by the breach and re-affirmed that no fraud had taken place related to the compromised cards. “This is manageable,” Garcia said.

In response to the data breach information hitting the spotlight, Visa took action against Global Payments. Visa removed Global Payments, an Atlanta company that helps the payment giant process transactions for merchants, from its list of “compliant service providers.”

Garcia in his statements to the press acknowledged that Visa had removed Global Payments from its compliance list pending resolution and remediation of the breach and that it was working “as expeditiously as possible” to return to compliance. The process would take “not days, but we don’t think it’s months.” In other words, Global was not going to be able to fix their PCI status quickly. Global Payments continues to process Visa cards worldwide according to Garcia.

Both Visa and MasterCard say their own systems weren’t compromised. Both credit card issuers had said Friday that they notified their card holders of the potential for identity theft and illicit charges because of the breach. 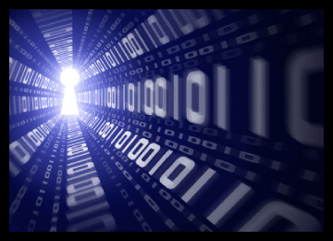 Global has not yet identified the size of the charge it will take as a result of the breach. But it is interesting to note that Heartland Payment Systems racked up a cost of $12 million in penalties and legal fees when its data breach compromised more than 120 million credit cards.

The Official Merchant Services Blog will be devoting much of its coverage to this developing story. Tomorrow we’re going to take a look at any updates as well as how this issue fits into the ongoing news regarding PCI security and compliance. Data Breaches have been a topic this blog has covered before. Though we’ve focused more on the breaches that affected video game companies like Sony and Turbine last year, our coverage was written with an eye toward the big picture problem of data breaches in general and compromised credit card information. So expect us to try and tie it all together through our focus this week.