On February 28, 2012 Host Merchant Services teased through its Facebook Page that it would have big news regarding HMS and Mobile Payments in March. The Official Merchant Services Blog is here to give you that big news.

The news is that Payfox will be usable for Android phones as well as the iPhones it has been compatible with for the past couple of years. Unfortunately that news is coming piecemeal. The announcement was slated for late March. But the project isn’t quite ready for launch. According to an ISS Bulletin from Transfirst:

“Although PayFox Android is currently not yet available … We are expecting a formal release in the next couple of weeks. “

In anticipation of the pending release, there is a new “PayFox Droid card reader” option opened up in Transfirst’s ELAPP™ software. The option is there, but the functionality isn’t ready yet. So it’s just a teaser of what’s to come. ELAPP™ is an innovative virtual application system that walks users through the merchant boarding process with intelligent rules for data entry. 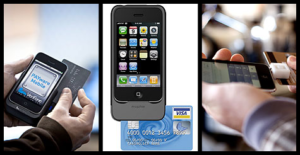 That’s not the only teaser, however. In the Android Marketplace, Payfox is now listed and available for download. You can see the listing here.

User tests by the staff here at The Official Merchant Services Blog show that the download works. And the app will then show up on your Android phone. But there is no reader equipment available yet and the transactions can’t yet be processed. The App has been on the Android Marketplace since March 21.

So all we’re able to confidently report right now is that the pieces for Android appear to be in place, just not fully ready. We will keep you posted with any updates or breaks in this story. Once it is ready, Host Merchant Services will be rolling out a detailed press release discussing the addition of Android to their already robust iPhone capability and how it relates to their full e-commerce service package that it offers merchants.