The Official Merchant Services Blog returns to The Durbin Amendment today. We’ve been a little lax in keeping this story as updated as we were previously. Much of this month has been focusing so much more on The Holiday Shopping Season. With sales booming, and e-commerce setting record numbers, the focus slipped away from Durbin for a bit. Though it did come up a few times in connection with some of the strategies that were being utilized by both banks as well as credit card companies in terms of how they were preparing to deal with holiday shoppers.

That’s all changed now, as Durbin vaults right back into the news spotlight. Many stories have been popping up lately describing the ineffectiveness of the Durbin Amendment –– some of them citing how the law isn’t helping its intended target, small business, with its hard cap on debit swipe fees.

This is something that came up when Host Merchant Services first reviewed the Durbin Amendment in 2011: “However, many sources speculate that the merchants will end up having to shoulder the burden of the extreme cuts in revenue that this cap brings. Those who predict that merchants will end up worse off by the amendment suggest that the banks, not wanting to take a $9 to $10 billion dollar loss in revenues for the year, will simply add fees to other payment options or get rid of premiums and extras that they had been offering merchants prior to the cap being put in place.”

The Wall Street Journal noted that small businesses were not reaping very many rewards from Durbin in this article. The WSJ explains the negative of Durbin on certain businesses: “Just two months after one of the most controversial parts of the Dodd-Frank financial-overhaul law was enacted, some merchants and consumers are starting to pay the price. Many business owners who sell low-priced goods like coffee and candy bars now are paying higher rates—not lower—when their customers use debit cards for transactions that are less than roughly $10.”

This gets into one of the fine-print-problems with the Durbin Amendment. Prior to the reform legislation taking effect, many banks would give businesses a discount on transactions under $10. But since the bill was placing a hard cap on all swipe fees, the banks reacted by making all transactions take place at the cap. That wouldn’t have a whole lot of impact on a retail business, like a video game store, that sells products at $50 to $200 per item. But for a place like the coffee shop cited in the WSJ article, that affects most of the menu.

The overall affect of the reform is that merchants that deal in small priced transactions are either raising prices or offering incentives to their customers to not use debit cards –– many of the incentives actually push for the consumer to switch to cash.

In the spirit of all that the Internet can be, I’m going to make two extremely terrible analogies to describe how I view the Durbin Amendment and the impact it is having on Merchant Services. I call these analogies terrible because though they will be informative and entertaining, in the Internet environment, they are essentially doomed. It’s a quirk of the Internet. Argument by analogy is a tool with a long and distinguished history among people debating topics in good faith. On the Internet, though, it fails every time, or close enough that it makes no difference. 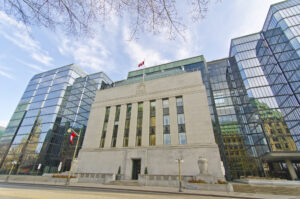 The first analogy is ripped from the sports headlines. The Durbin Amendment is playing out like the current situation in the NBA involving New Orleans Hornets guard Chris Paul. (A sports analogy, the classic internet snoozer). The NBA, due to problems with the Hornets former ownership, had taken over the failing franchise. So much like the federal government with its attempt at finance reform, the governing body of the sport stepped in to help reform the franchise. The team has a star player, Chris Paul, who told the organization that he would leave the team when his contract expires in 2012. This forced the franchise into a situation where they needed to trade him to get some hope of staying competitive, before the player’s contract runs out and he walks, leaving them with nothing.

The NBA has recently killed one trade outright (to the Los Angeles Lakers), and meddled with a second trade that scared off the team interested in the player (the other Los Angeles team, the Clippers). This is like the Durbin Amendment (Analogy time). The government wanted to help businesses deal with these fees, helping them through a rough economy. Unfortunately their meddling has ended up leaving some businesses worse off, much like the NBA’s meddling has left the Hornets in a very weak position. And the analogy can extend further: The fans are like the consumers. When the fans first heard of the deal for Paul to the Lakers there was some shock and outrage. But as the NBA meddled with it all, the fan outrage grew worse. Just like the consumers who were outraged at debit card usage fees, but once those were rescinded are now actually shouldering a much heavier burden as banks shuffle the losses brought from the hard cap into other areas of their banking services.

Durbin II: Not Going to Help Either?

So one of the recent movements has been to keep the reform from Durbin going strong by doing something similar to credit card transactions. This Marketwatch article analyzes the effectiveness of such an idea. “If we want to get the economy back on track, maybe we should pass a law that puts a cap on the interest rate banks can charge on credit cards. Doing so, according to proponents of the idea, would free up of billions of dollars that consumers could then use to inject life back into the economy.”

The suggestion is for the government to pass legislation that will force banks to limit their spread on credit card interest rates –– like 10 percentage points over the prime –– and in turn pump around $5 billion into the pockets of U.S. consumers. The idea being, with all that extra cash, U.S. consumers will spend freely again and the economy will get a kick in the pants.

Much like the Durbin Amendment with debit cards, credit experts don’t see a law like that turning out that way. According to the Marketwatch article, “For one, it wouldn’t change rates much, and two, it would have the opposite effect of that intended.”

Essentially the article suggests the plan would end up working much like the Durbin Amendment has worked. Where the idea of reform would get overshadowed by how banks and credit card companies reacted to the law. There would be some shifting, so in that sense the reform would cause change. But that eventually the burden for paying for any losses that banks and credit card companies get forced into through reform would end up squarely on the shoulders of the consumers.

The final analogy I’m going to offer up about the Durbin Amendment comes from a friend of mine. The Government is like a lawn mower. It does one thing very very well. It mows lawns. In doing so, it uses blades. And those blades are sharp. I’m going out on a limb here (the pun will be evident in a moment) and stating that the one thing the government does really really well is to write laws. The government viewed the debit card fees as an injured person that needed its arm amputated (I guess a hard cap and a limb amputation could be congruent). The lawn mower –– in the form of the Durbin Amendment –– might not have been the best tool for the job. Nor is that same lawn mower a good tool to trim the lawn of credit card processing. Even if the grass looks so much greener right now. But it eventually got that arm lopped off. 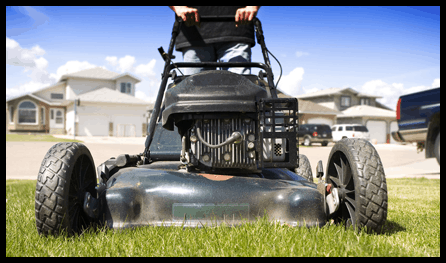 This is why I’m a big fan of the internet, but not a big fan of analogies. They never work out. The Durbin Amendment isn’t like the financial shenanigans of running a sports team. And it’s not really akin to landscaping through peoples’ limbs. Payment Processing can really best be described in its own context, and its own terms. Basis points are not affected by the three point arc; interchange plus processing is not like going from a push mower to a riding mower.

However, analogies like this are always fun to read. What analogy would you use to describe the Durbin Amendment? I’d love to hear some.